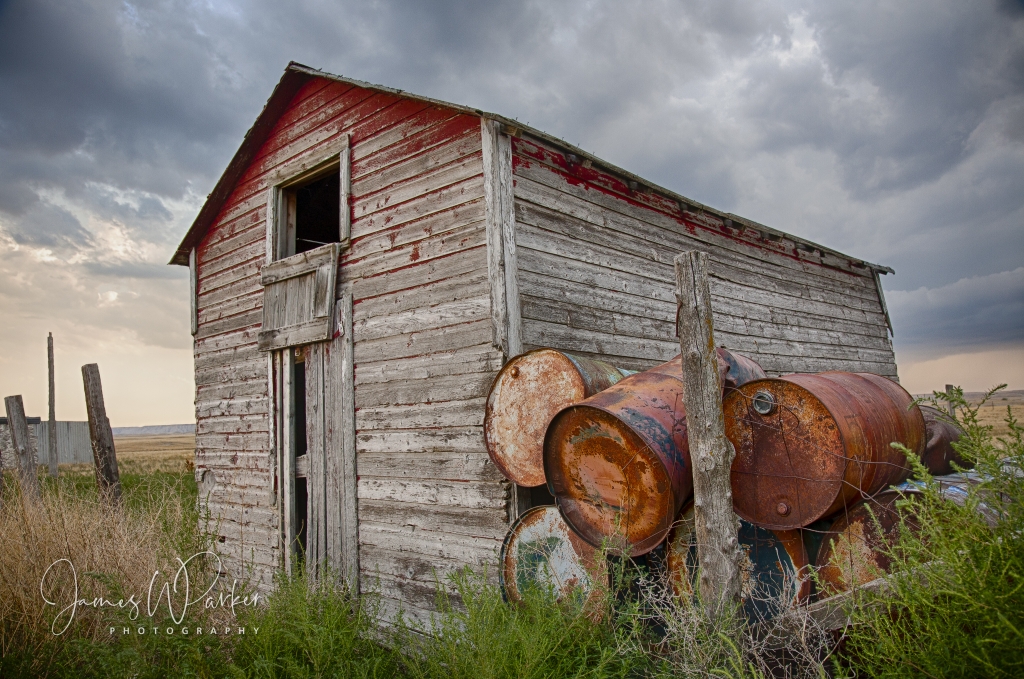 What is it about abandoned towns that capture the imagination? Growing up in South Dakota, my father took us along on many “explores”, as he called them. Looking for the remnants of the gold mining camps in the Black Hills, he instilled in us a love of history, and a fondness for the past. Here are seven of the most memorable towns in the United States.

Scenic started life as a ranch town on the prairie nestled between buttes in the Badlands of South Dakota. Famous for its rough and ready bar, the Longhorn Saloon, the town was owned by one tough lady, Twila Merrill. Twila was a bronc rider in the 50’s, and was persuaded by her father, C.H. Merrill, to come to Scenic. He used the bar as a carrot to get her to settle down. It worked. She married her sweetheart, Loren Palmer, and soon they owned most of the town, a cattle ranch, and a trucking company. In the early part of the 21st century, Twila became too ill to manage the business of Scenic, and the town went up for sale. A religious group from the Philippines bought it for a mere pittance, $799,000, and renovated the gas station along Bombing Range Road through town. The bar has since closed down, but the town remains a popular stop for tourists and bikers on their travels through the Badlands.

Scenic is just off highway 44 and the junction of the road running to the southern unit of the Badlands. If you are driving through the Badlands, Scenic is worth a stop.

Arguably the most famous ghost town in the United States, Bodie is a bit hard to find. Driving south from Reno towards Mammoth, a bumpy gravel road takes you about a half hour east, out into the California desert. Many of the abandoned houses and businesses are open to visitors, and the Standard Mine on the hill offers tours during the summer months. Herbert Hoover was once the mining engineer for the Standard.

Machinery dots the landscape. Old winches, generators, abandoned automobiles, hoists and other mining equipment is everywhere. Of particular note is the church, where the Ten Commandments once graced the altar, but was stolen by some gibroney. You can wander through a few of the buildings, including the Tom Miller house. The Miller home features several rooms set up with furniture and artifacts sporting a heavy layer of dust, demonstrating the lifestyle of the miners and their families.

If you go, make sure to gas up and take a lunch, as there are no services nearby. Learn more

Fayette was once a thriving town that grew up around the iron smelting industry. The town was built in 1867 when the Jackson Iron Company constructed a blast furnace to convert iron ore into pig iron, so it could be shipped to steel manufactures in other parts of the country. At the town’s peak, about 500 people called Fayette home. However, prosperity was fleeting. In 1891, Jackson Iron ended its smelting operation, and most of the residents moved on to find work, turning Fayette into a ghost town.

Fayette has been restored, and is now a State Park. Plan to spend several hours walking the streets, and visiting the hotel, the opera house, the doctor’s home, and many of the other buildings. Many of the buildings have period furnishings, carefully displayed to portray an accurate picture of life during the boom period.

Snail Shell Harbor, where the pig iron was shipped out, is available for those who want to sail or motor in. There is also a campground nearby, with some hookups for modern camping. But if you plan to stay, make reservations early, and buy groceries in Manistique, a 45 minute drive away.

I first heard of Ardmore from my father. A small town just north of the South Dakota Nebraska border, it was deserted in the 80’s when the railroads no longer brought good drinking water in exchange for water to heat the locomotive boilers. The town’s water was so acidic that it wasn’t fit for human consumption, even though the water tower still stands. The town finally dried up when the trains switched to diesel and stopped bringing potable water. The few remaining residents left behind old cars, possessions and a host of memories.

Ardmore boasted an American Legion Hall, a bank, a gas station and many nice homes in its heyday. Some of the houses are still boarded up. Once I was there just after the lawn of the biggest abandoned house in town had been mowed and you could smell the fresh-cut grass. The general store has been torn down since I last visited, due to structural instability, but the bank vault is still awaiting its last deposits.

You can visit Ardmore easily, but tread lightly, as there are still some ghosts watching over the town. Pay attention to the “Keep Out” signs, and take no souvenirs. More info…

Capa is a tiny little town nestled between Midland and Pierre. Once known for its mineral baths, the hotel is barely standing today. The church steeple has collapsed, but the school is still there. The one lone resident, Philip O’Connor was living there when I last visited a few years, ago, although I didn’t stop in to pay my respects. A modern day privy and the sound of an electric fan paid witness to the fact that the town was not yet officially a ghost town.

Reach the town from US 14. In Midland, find Capa Road and head east. Be prepared for a long drive which parallels the Bad River.

There are only three major structures remaining in Spokane: the mine manager’s house, the caretaker’s cabin, and the school. Foundations abound however, and pilings mark where the magnificent mill once stood. Vandals did their work on the head-frame, and since the mine is on public land, the Forest Service finally removed what was left.

If you wander back into the woods between the school and the caretakers house, you’ll find some interesting abandoned cars from a more modern time, used for demolition derby racing. And there are numerous foundations scattered about the roads throughout the property. You can stick your head into the powder house, too, a small cement lined dugout used to store mining explosives.

Spokane is an easy half-mile walk from the entrance off of Forest Service Road 330, but you’ll spend a few hours exploring. Take the time to find the miner’s grave, on the hill halfway between the manager’s house and the powder house. Hiking to Spokane…

As always when exploring old ghost towns, follow these guidelines:

1) Be extremely cautious and look our for loose boards, errant nails, wires and other hazards. When exploring mines, be wary of hidden holes and tailings.
2) Be respectful of all posted property, and don’t enter buildings that are posted. If possible, seek out the property owner and get permission to explore.
3) Take only pictures, and leave only footprints. Souvenir hunting is frowned upon.

Disclaimer: parkerparker takes no responsibility for your actions. You are responsible for insuring your own safety and the safety of those in your party. Injury or even death is possible when exploring ghost towns and old mines. When in doubt, err on the side of caution.

← Previous Link: Fallin' for Michigan Next Link: A Mystery, Solved →