The Year in Review 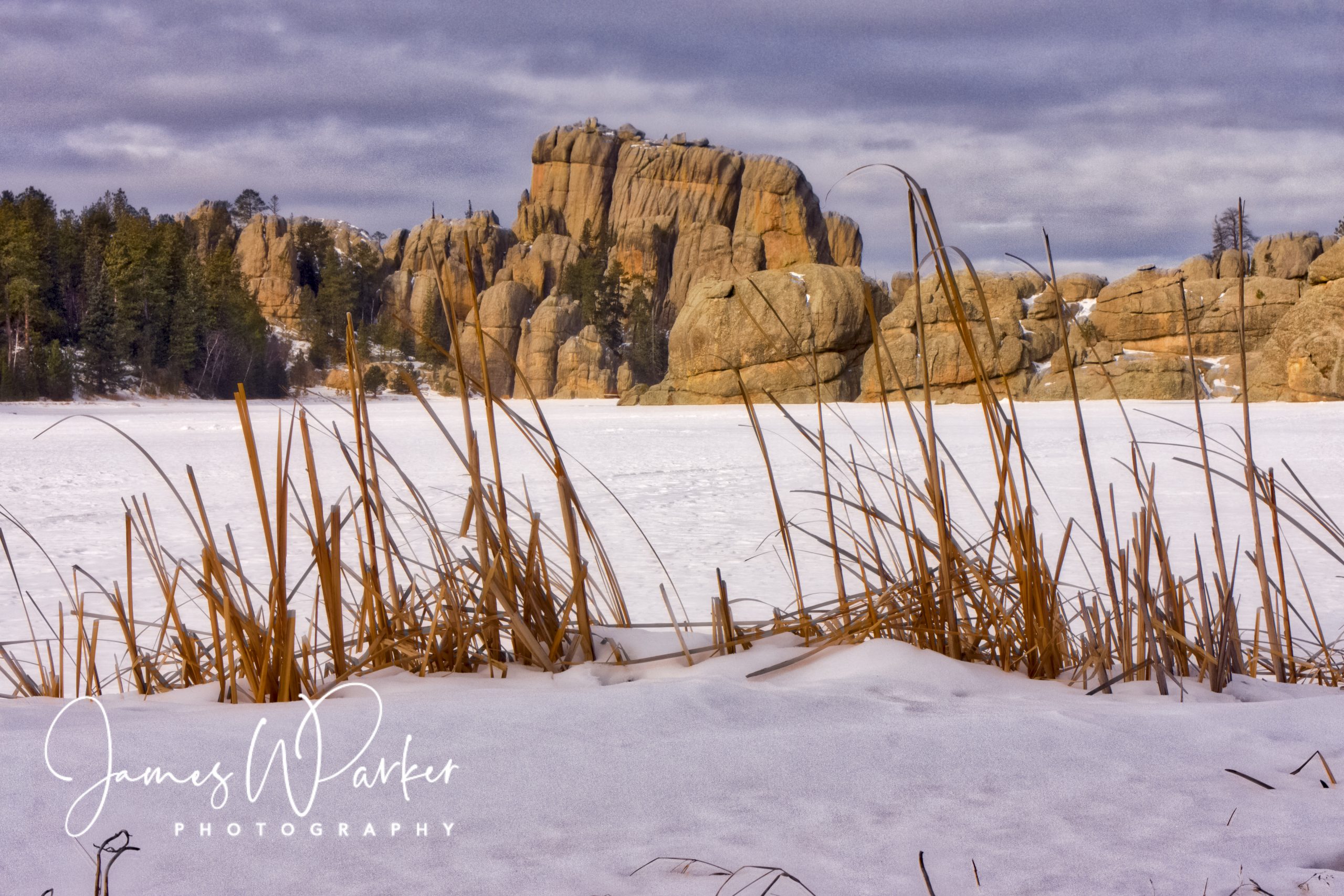 As 2016 draws near to the end, we often reflect on the things we accomplished and the tasks left undone. I spent a few hours this week, looking back on my photographic journey. It was a good year. Click here if you’d like to see the full slideshow.

As usual, there was time spent in the Black Hills. I was on the road for art shows a good part of the spring, spending time in Florida, Texas and Mississippi. Spring and summer brought the usual warm temperatures, and two road trips. The big expedition of the year was to the Wind River Range, between three western art fairs in Denver, Park City and Evergreen, Colorado. I climbed my first fourteeners, thanks to Ed Dunne, who I met at the Park City show. Karyn and I reconnected with Tom & Randi Nigut in Evergreen, and their son Zach, who worked with me in another life in Chicago. 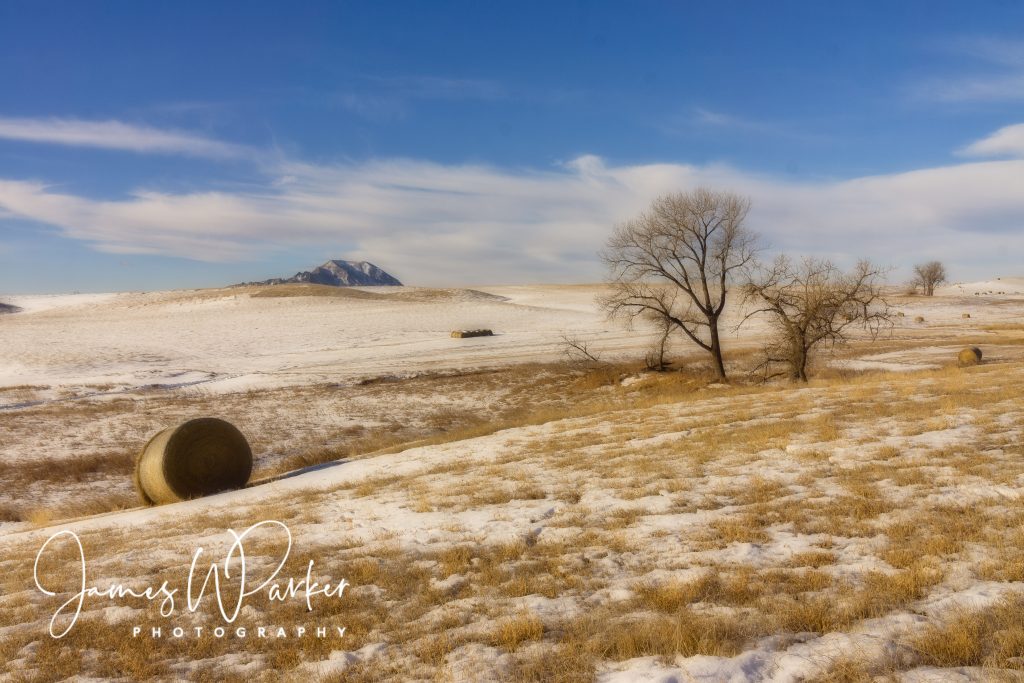 I started the year with a week in South Dakota. For some reason, shooting in January always yields interesting images. Mom and I went looking for a barn out by Bear Butte. That drive proved fruitless, as Bear Butte was socked in. The next morning, I tried another approach, and was able to shoot “In the Shadow of the Bear” in sub-freezing temperatures. I also visited the famous Meeker Ranch near Custer, and made friends with some lonely ponies in the aspen grove in Palmer Gulch. 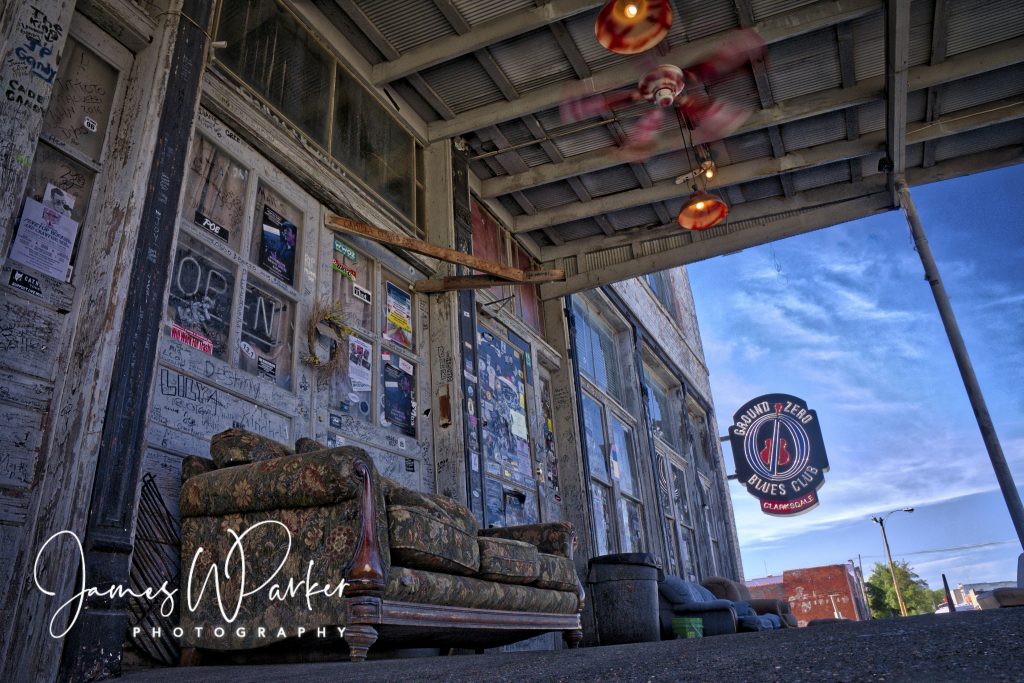 Other highlights of the year: a driving in a torrential downpour in Memphis, with dime-sized hail so fierce I had to pull off the road, on the way to the Ridgeland show near Jackson, Mississippi. After the Ridgeland show, the trailer burned out a wheel bearing and had to be driven 25 miles on a smokin’ axle to have it repaired. More rain on the way home, through Vicksburg, and on to Clarksdale, where I made some interesting pictures of the Delta Blues Cafe and almost broke my wrist falling backwards off of a curb. 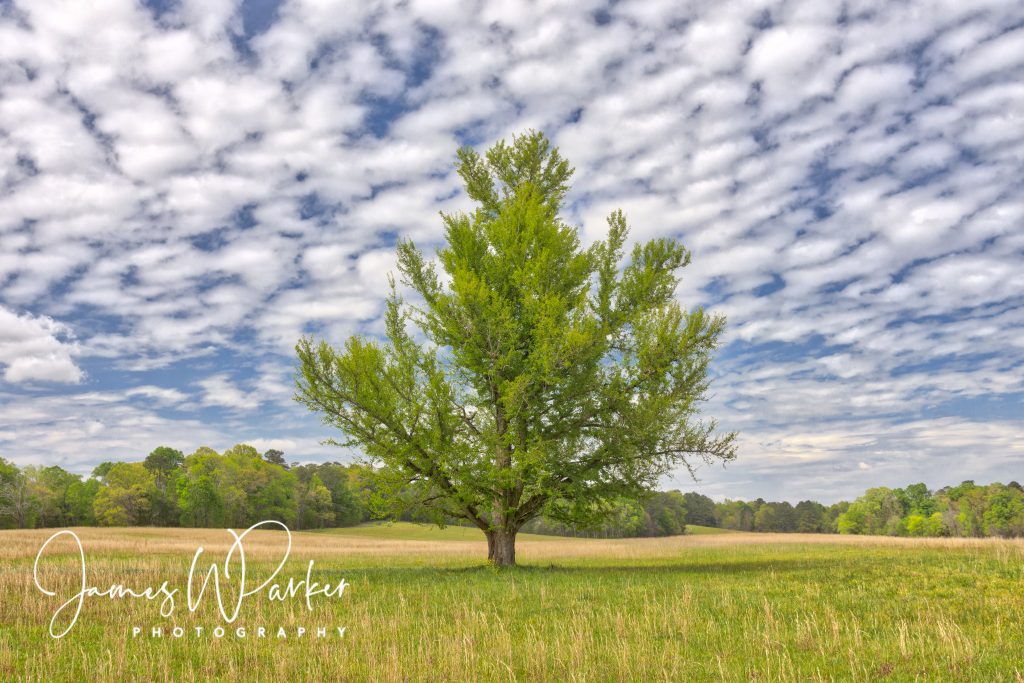 From Clarksdale to Chattanooga, and an unremarkable show at 4 Bridges. The highlight of Chattanooga was a visit to Lookout Mountain and the Chickamauga Battlefield. The stillness on these hallowed grounds never fails to impress me. The view from the top of Lookout Mountain shows the strategic importance of the Tennessee River. After Chattanooga, spring was upon us. A quick flight to Rapid City, and a late spring snow storm gave me an interesting view of Sylvan Lake and a beautiful shot of Harney Peak and Elkhorn Mountain snow-covered with green fields (below). Another visit to Owanka to see if the elevator had collapsed yet. It hadn’t. 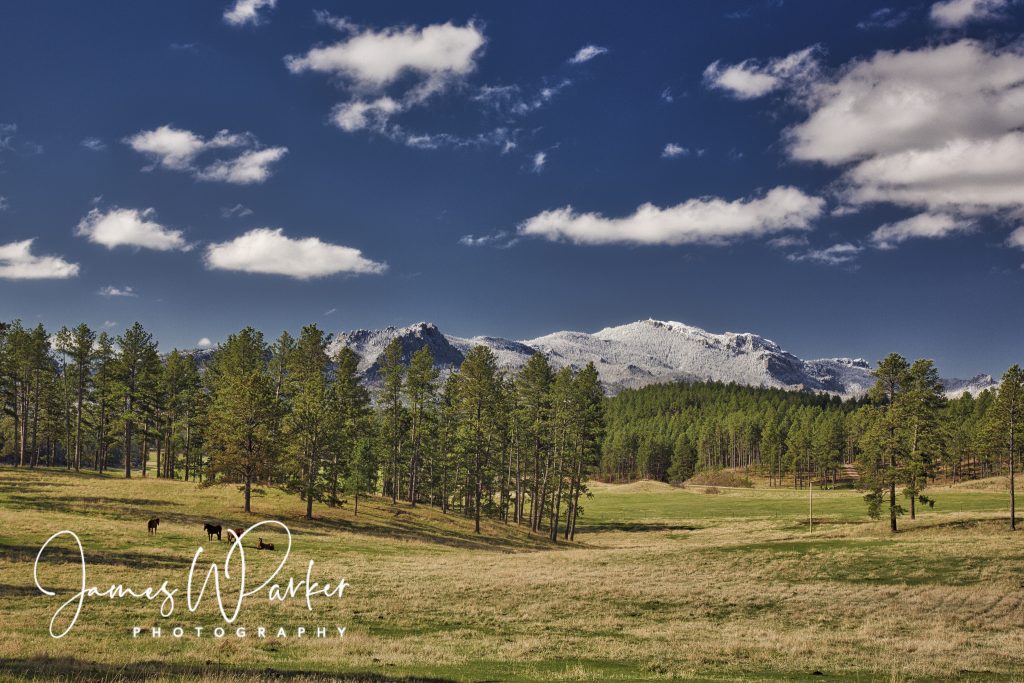 More shows in Springfield, Illinois; Birmingham, Michigan; and St. Joseph’s Krasl Art Fair. In between, I again drove the truck out the Black Hills, where I was able to do some hiking. Rediscovered the Golden Slipper mine, where we rode horseback as kids. Mom and I drove out to Dewey, at the edge of the Black Hills. Dewey is an old railroad town, with a few residents still hanging on. One rancher stopped by in his pickup as we were lunching on the grass. He seemed surprised and amused that we’d come all the way out to Dewey to sit under a scrawny cottonwood and picnic, until I explained our historic mission. 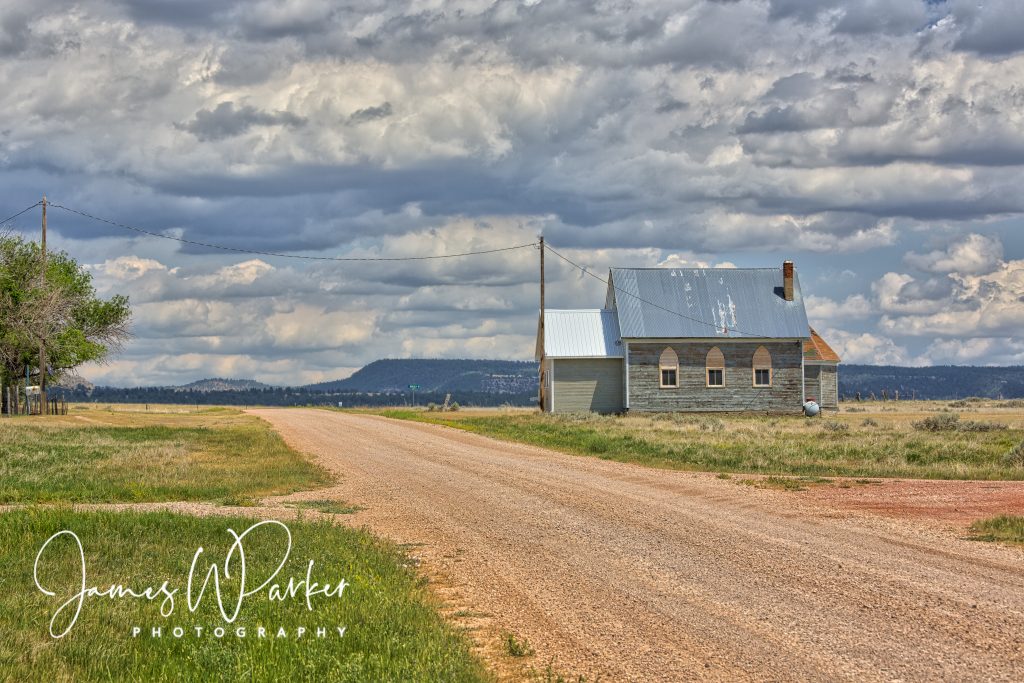 Back in Michigan, Kozo and I drove to St. Joseph for the Krasl Art Fair on the Bluff. We skipped Ann Arbor this year, and thankful, because it was beastly hot. At the end of July, I wanted to spend more time out west. This time I hauled the trailer out to Denver for a three-show tour. First up, in Denver, the Cheesman Park show. Kozo and I spent time with my niece, Noyes Combs, which turned out to be the highlight of that show. From Denver, I took the trailer up past Cheyenne and across the prairies to the Hills for another week in Palmer Gulch.

I hung out with family, and then went out to the Badlands for an extended day trip over to Midland to shoot rural scenes and the elevator for some folks I met at Krasl. (Kathy’s grandfather built one of the elevators in Midland, and she gave me some great locations to scout.) I spent an evening camped in the Sage Creek Natural Area, and hiked up on the bluffs overlooking Sage Creek. 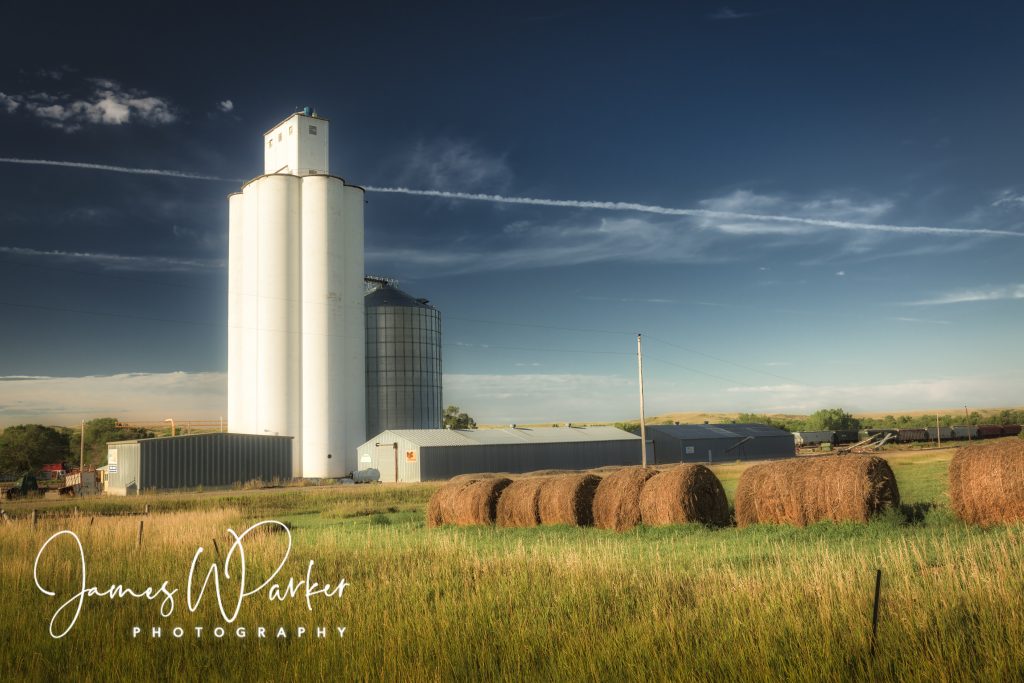 After Midland, I went through Capa, where I almost stumbled on the last remaining resident. I was photographing the abandoned school and the collapsed church, when I inadvertently walked into his backyard. I noticed the the electric meter was running, on what appeared to be an abandoned house. The front door was open, and I could hear his fan whirring. Too shy to make his acquaintance, I did get some interesting images from Capa, including one of the outhouses behind the schoolhouse. Further down the road, near Van Meter, I came across this flag and cow remains. Driving south to pick up the interstate, I headed for home. There were a lot of miles covered that day. 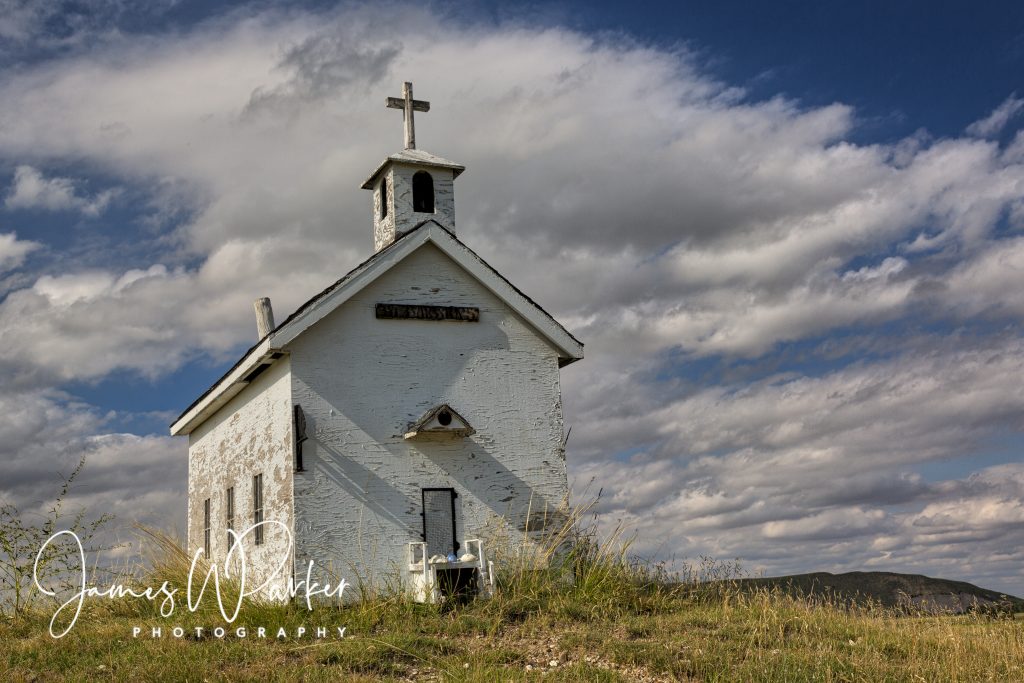 Later that week, my brother Dave and I went looking for St. Barbara’s church again, and this time we found it. It wasn’t the church I was looking for, but the expedition was worth it. (See previous blog post). St. Barbara’s sits in an incredibly remote, incredibly beautiful spot along the White River in the Badlands. All that’s left now is the miniature church and the graveyard, with the remains of the church foundation up on the hill. 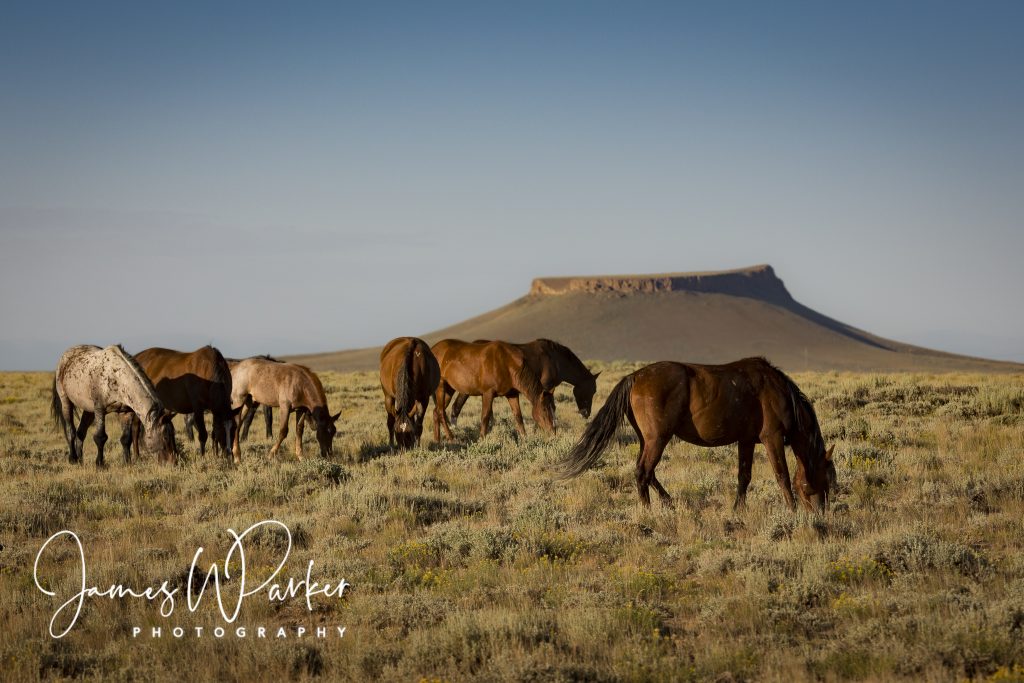 Back on the road with the art show trailer, on the way to Park City, I hiked up to the top of Pilot Butte, near Rock Springs, Wyoming. There’s a Masonic plaque bolted to the rock at the foot of the cliff. Wild horses roam the plateau of White Mountain, and I was lucky enough to get close to one of the bands before they quietly moved out of range onto the prairie. 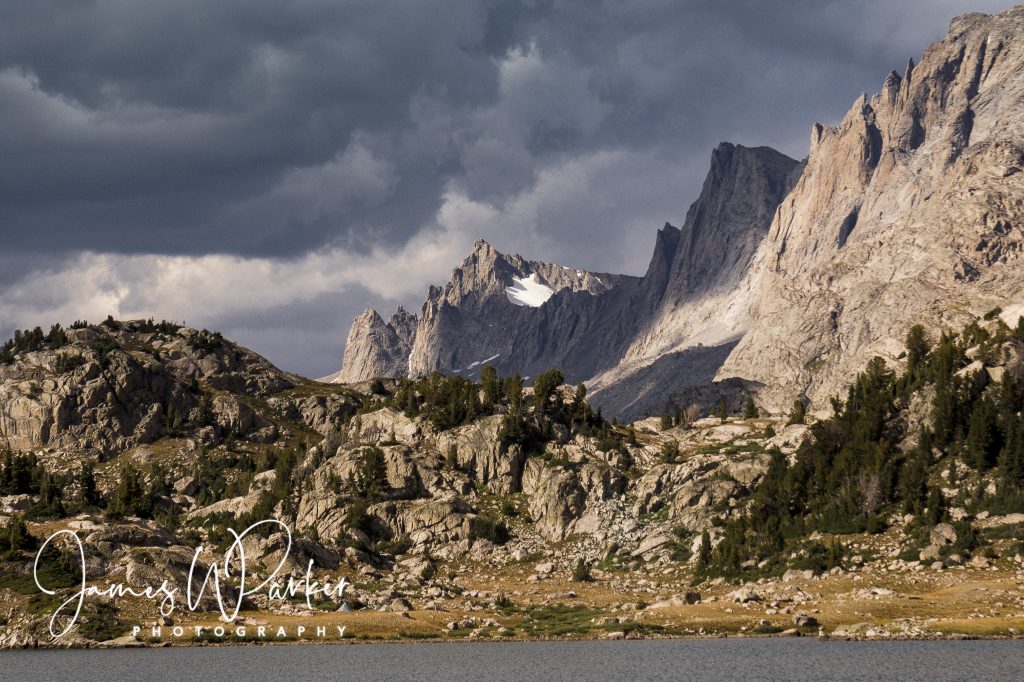 After Park City, I headed up to the Wind River Range in Wyoming, to clear my head and do some backpacking. Overnighting in Pinedale, I left the Elkhart Park trailhead early in the morning, and walked up to Titcomb Basin. A three day trip all-told, with two overnights between Little Seneca Lake and Seneca Lake. Island Lake was busy with backpackers as it’s a popular base for those seeking to bag peaks  up in the Basin, or head over Indian Pass or Dinwoodie Pass.

The light was beautiful, with the threat of thunderstorms almost constant. Rain only came in the last five miles on the way back to the parking lot, with pea-sized hail for a few minutes. More Winds pictures, here. 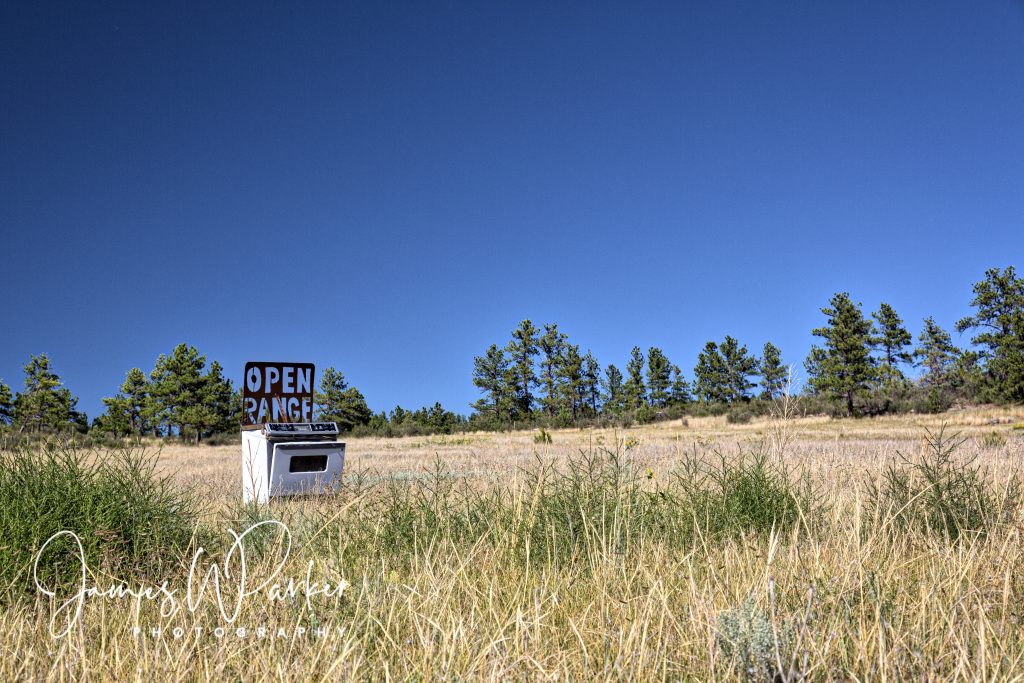 From Pinedale, I went back to our ranch in the Black Hills to do some maintenance around the place. I didn’t do a ton of shooting, but I did head out towards Wyoming for this shot of the stove sittin’ in a field. On the way home, I discovered an old round barn that had been converted to a dance-hall, and a deserted gas station. Later in the fall, Mom and I went down to Buckhorn, and talked to the folks who owned the bar there. They said they knew somebody who’d gotten married in the bar there, but didn’t know any of the history behind it. 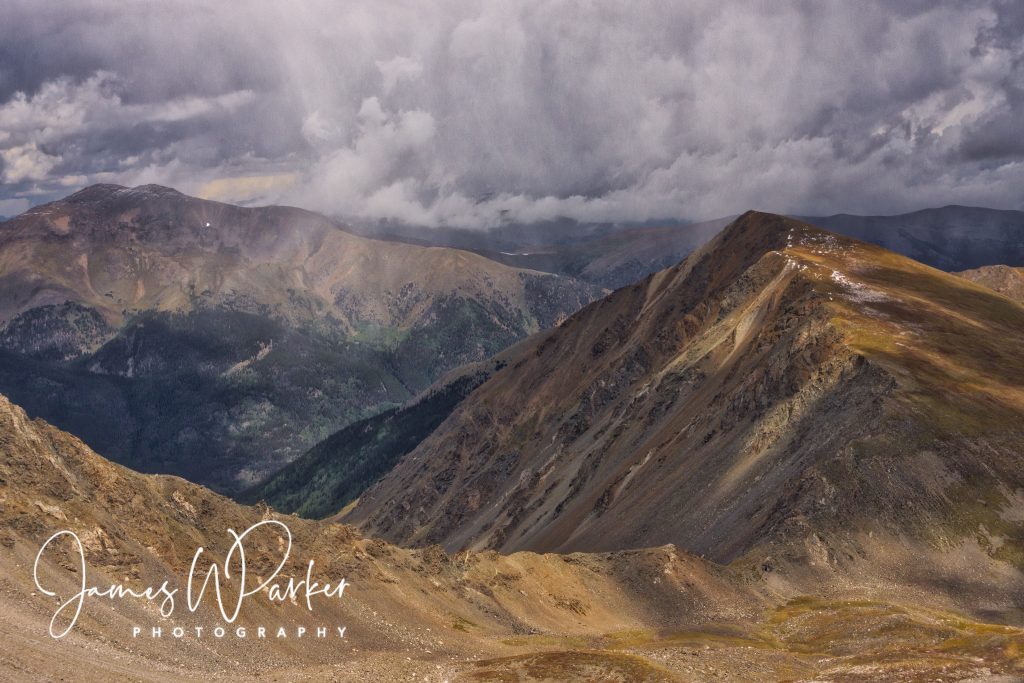 Back in Denver for the Evergreen show, Ed Dunne and I hiked up Grays and Torrey Peak. One of the first snows of the fall left almost 6″ of snow on the trail and added to the challenge. The shot of Kelso Ridge with a snow storm fast approaching is my favorite image from that walk.

September saw us back in Michigan for three shows in a row, and a trip to Peoria for the final show of the season. The axle that burned out a bearing in Jackson, MS burned out again coming into Peoria at 10PM Thursday night. It was bad enough to force me to rent a trailer for show set-up. I was able to tow the trailer to a repair shop and park it. Hauling the show material home in the U-haul, I drove back to Peoria via Indiana to pick up a new axle for the trailer. Got the trailer fixed and towed it home. 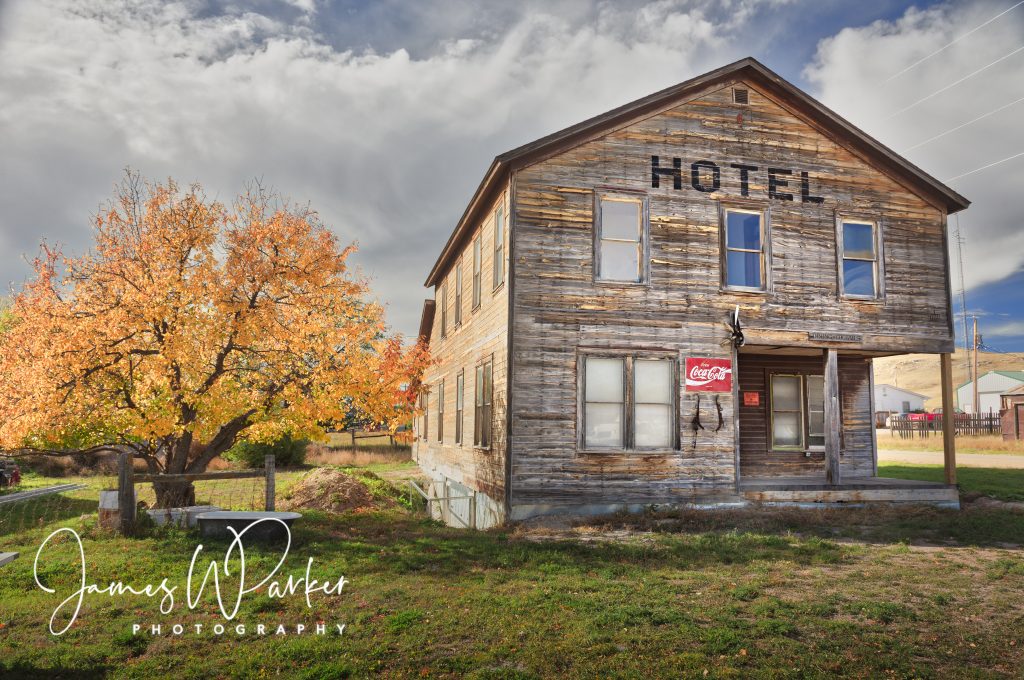 In October, I caught the last of the fall color in the rocks in the Upper Pine Creek Natural Area. Visiting the ranch town of Fairburn later that week, I met the new owner of the Fairburn Hotel. He was gracious enough to give me a tour of the interior and share his plans for the building. I drove by Dan O’Brien’s buffalo ranch and watched the bison grazing on the way home, and that was it for the Black Hills in October.

Karyn and I took our annual vacation to Grace Bay in the Turks, where we went exploring for the first time. North Caicos and Middle Caicos Islands are accessible by ferry. We went over with friends, and visited an old plantation, and walked the secret beach on Mudjin Bay. We also visited some caves and hung out with bats. A key takeaway from this trip? Bring lots of bug spray. The no-see-ums are fierce while waiting at the ferry dock. 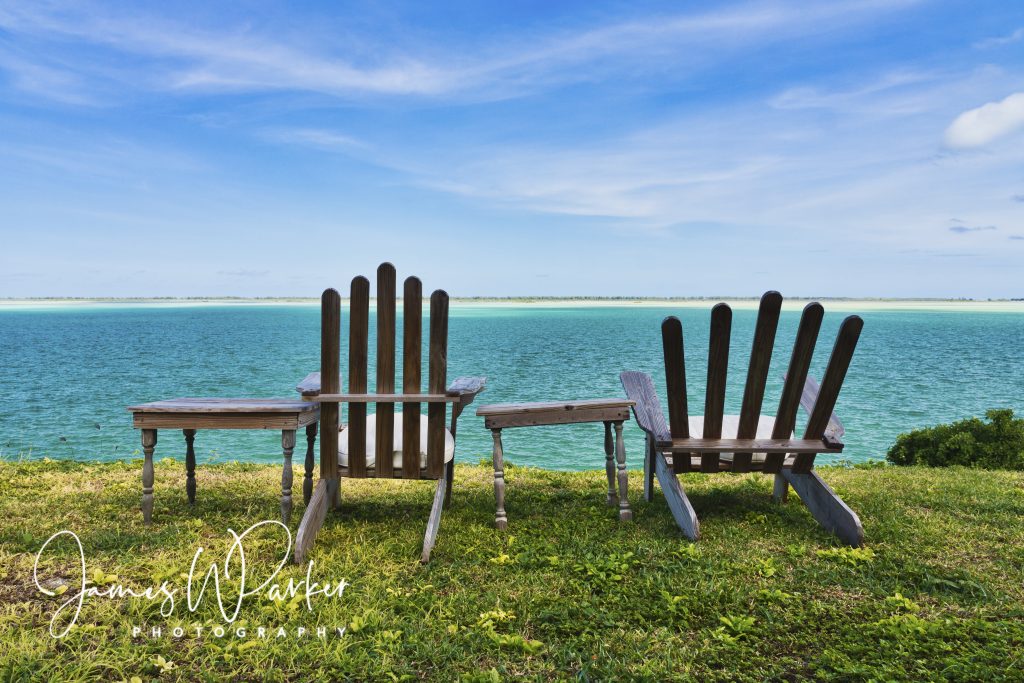 And that’s the year in pictures. View the whole slide show, or view more pictures in the gallery. Things left undone? I’d like to go back to the Winds and spend a little more time. I felt rushed in three days, and didn’t get to the head of Titcomb Basin. I still need to find the church in the Badlands. And I’m starting to work on a new project that will take photographs of mine and match them to shots that Dad and my mentor, Hugh Lambert used for their ghost town research in the 60’s and 70’s.

If you’d like more information about any of the images, please call or email. Have a wonderful Christmas and a Happy New Year! 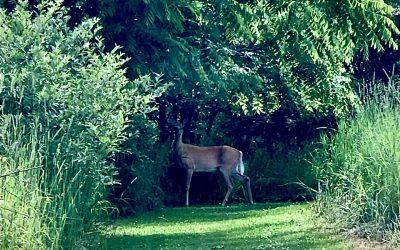 The fact of the matter is that the pandemic has caused many of us to re-evaluate what’s important in our lives.... 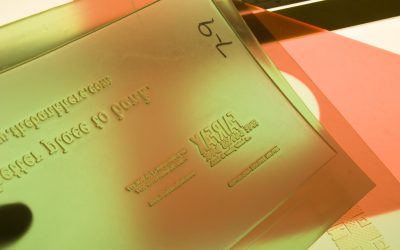 Software, articles, and resources for photographers and visual creatives from the Washtenaw Community College Photographers Boot Camp, revised for 2019