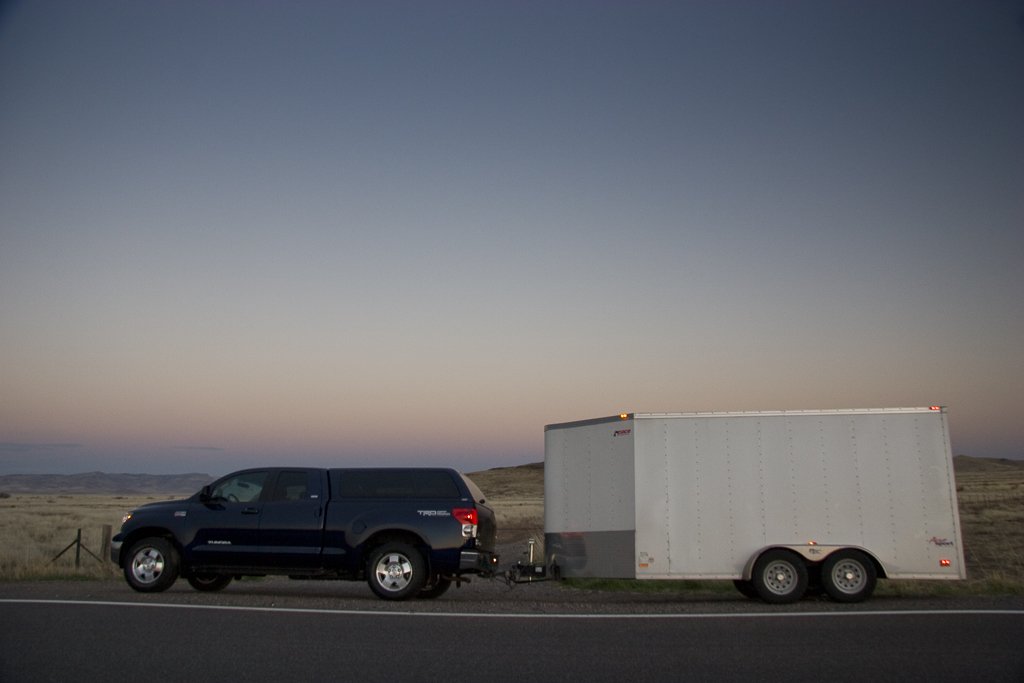 Just got back from the Main Street Fort Worth Art Festival, and man, what an experience! First off, let me just say that this festival deserves its reputation as one of the top shows in the country. Spread out over four days, it is staged over five blocks in downtown Fort Worth. Festival tents are set up along Main Street, and an additional group of artists use their own canopies in a parking area between Commerce and Main. Most artists elect to erect their own canopies under the show structures. I wondered why the show went to all the trouble to set up tents, when most artists have a solid canopy. Well, the reason is the wind. Aside from the show we did a few years back in Rising Sun, Indiana, where Hurricane Ivan closed us down early on Sunday with 70mph steady blasts, the wind here is brutal, violent and destructive. Setup is on Wednesday afternoon, with staged load-in times. The show runs from 10AM-8PM on Thursday, Friday and Saturday, and 10AM-6PM on Sunday. The music continues later, and many artists choose to remain open, making sales until the music’s over at 11PM. Long hours, but generally worth it.

Weather at this mid-April show runs the gamut from hot, stifling Texas heat, to high winds and thunderstorms. This year, we were lucky, in that the storms that rolled across the state on Thursday night did not touch the show. Hail up to 2″ in diameter was reported as close as 20 miles from the site, and tornadoes killed two people up in Tushka, Oklahoma. Friday, the winds gusted up to 60mph, taking many pieces of artwork to the ground, and leveling some artists’ tents. Our tent, in the artists square, stayed standing, but not without assistance from Karyn, who leaned against the corner panel much of the afternoon. I helped our neighbors, Jeanne and Sam Maddox, take their artwork off the walls, and lower the tent to half height. One of the corner joints failed, and no amount of bracing and tie-downs kept it standing upright. By evening, the gusts had died down. Sam came back later, and rejiggered it for Saturday’s show. Saturday, the crowds were out in force. Sales were steady all day, better than Thursday and Friday. But mostly it was smaller prints. I did send a couple of good size pieces home with lucky customers on Thursday, and had great sales all four days of the show.

But the saddest part of the show happened to us on Thursday night. We had visited our trailer Wednesday morning, which we left parked and locked at the Marriott Towne Place Suites, just a few blocks from downtown. We got a couple of things for the show, and walked over to open up the booth. After a long day of visiting with patrons, we managed to get back to the hotel at around 9:45PM. Coming around the back of the hotel, Karyn asked me,” Where’s Artan?” (The trailer’s nicknamed the Artanic). There was a big hole where the trailer had been parked. The chocks for the back wheels were still on the ground, and the blocks under the tongue jack were still there. A long white arc in the cement showed where the foot of the tongue jack had been dragged along the ground. Evidently the thieves had towed or hauled the trailer out the back entrance to the hotel.

We immediately went to the front desk and asked the desk manager if the trailer had been towed for some reason. She had no knowledge of any towing operation, and went to get the general manager, Brian Tigner. We sat down with Brian, and gave him a full report. Brian called the Fort Worth police for us, and after waiting twenty minutes or so, an officer arrived to make a police report. We went out to look at the empty spot again, hoping that perhaps we had just misplaced the trailer. Of course, that wasn’t the case. The police officer gave us a report number, and a phone number for the police department. Brian gave us his cel phone number, and told us if there was anything he could do to help, to call at any time.

The  good news is that we were already set up for the show. The bad news is that all of our back stock and extra exhibit equipment was on the trailer. That included five ProPanels, a good Hollywood chair, the double canopy top and all the extra Trimline parts to set up a double booth. I also had a large number of prints, spare mats, frames, glass and framing parts on the trailer, as well as a full framing toolkit. The canvas racks were full, as we didn’t hang any canvas at the show — just the black and white work, and the new color stories. I also had a couple dozen spare framed pieces on the trailer.

We made it through the show okay, but I spent several sleepless nights worrying about whether the trailer would be recovered in time for our load-out on Sunday night. I need not have worried, since we never got a call from the Fort Worth police. On Saturday, I made a call to U-haul, and reserved a trailer just in case. Saturday came and went, with lots of selling, and less wind, much to the relief of the artists. Many of them had heard about the theft, and came by to offer sympathy and assistance. Thanks to all of you who stopped by, and especially to Vince and Julie, who offered to let us park the rental at their house west of the city if necessary. As it turned out, I needed that U-haul. Sunday morning I picked it up, and made a stop at Home Depot to get some plywood to make a ramp, some tie-downs and a replacement dolly.

In the meantime, I made a report to our insurance agent, who is presently working on establishing a value for the trailer and its contents. I still do not know exactly what will be covered, but I do know that this is a significant loss of both time and money for me. I will be rebuilding the storage drawers for the mats, glass and prints, as well as the rack system that carries our panels and the canopy parts. A new trailer will have to be acquired, and it will be several weeks before I can get that ready for shows.

I discovered several things about trailer thefts during this experience. Several states don’t require a title for a trailer to be licensed, and some don’t even require that you have a license. These states include Texas, Oklahoma, Tennessee and Kentucky. Here in Michigan, you must transfer title to a new owner and you must register the trailer with the state department of motor vehicles in order to tow it on public roadways. The hotel that we stayed at, the Marriott Towne Place Suites, chose not to install security cameras in the back of the hotel. They did, however, block the entrance by parking a van across it at night, so they were aware that there was a theft problem. Too bad the trailer was stolen during the day! They also posted signs saying that all valuables should be removed from vehicles, and that theft was not their responsibility. This wasn’t just the theft of an iPod, though. It was an ENTIRE TRAILER. But at no time did they ever warn us that it was a high crime area. Brian Tigner, the general manager,  led us to believe that their insurance company would be helping us to cover the loss, but when I spoke with a representative on Wednesday, she informed me that the hotel did not have insurance to cover this type of incident. I tried several times to speak with Mr. Tigner directly on Monday, but he was “not available” or “off the property”. I checked out without ever speaking to him in person. He did not offer any kind of compensation for our loss. I was hoping that he’d at least offer to comp the room, but evidently they don’t really give a damn. I do not recommend that anyone stay at this property. (It is a franchise, not a corporate property.) I didn’t feel safe there after the theft, even though we had to walk to and from the show. I’m glad my truck remained unmolested, though.

There are several things to be thankful for. No one was injured. We were set up for the show, and had our best show ever, sales-wise. I met many, many nice folks, and made some additional sales on Monday, which will help to offset the cost to replace all of the work lost on the trailer. My friends tell me that they are amazed at how well I’m handling this hard road. But to be truthful, I’m angry. At the thieves, at the hotel for not providing better security, and myself, for not protecting my own property better. The police tell me the only way to really protect a trailer that is parked is to use a police boot. Other friends told us of their experiences with trailer theft. One artist had their trailer stolen while it was still hitched to their tow vehicle! Another had a cube truck stolen with all of the equipment and artwork aboard.

After spending a good part of Monday making phone calls, I got on the road again, towing the U-haul back to Michigan. I made it as far as Hope, Arkansas on Monday night. Tuesday morning, I had to detour around a haz-mat spill on I-30. Traffic was backed up on State Highway 67 for 15 miles, and was barely moving. After waiting in line for an hour and a half, I found a back-road, and drove around the delays. Tuesday night, big storms rolled in again, with tornadoes spotted in downtown St. Louis, and up near Springfield, Illinois. I spent some quality time under the 1-64 underpass on I-255 waiting for reported hail-storms and tornadoes to pass through. Luckily, there was just heavy rain. I made it to Springfield, and holed up with friends for the night. Wednesday I finally pulled the trailer into our driveway at about 9:30PM. I’m extremely thankful that after all the hardship that Karyn and I are both healthy and safe. Seeing some of the damage from the tornadoes puts it into perspective for me. For me, it’s only stuff that’s gone. Stuff is replaceable. Lives are not. While I’m still adding up the losses, including the $650 it cost me to rent a trailer to transport my show setup home again, I’m also counting my blessings.

While I still can’t believe that this happened to us, I am using this opportunity to rebuild my body of work and my show setup. It’s unlikely that the property will be recovered. Thanks to all our friends who have offered assistance and sympathy during this difficult time. A large number of my limited edition prints are now floating around in the unknown. What bothers me the most is that some thief may be selling my work at a huge discount in some flea market in Bountiful Butt, Oklahoma. If you do run across my work in such a venue, please let me know, and please do not purchase signed originals from anyone except me. And wish me luck as I travel the hard road of an itinerant artist.