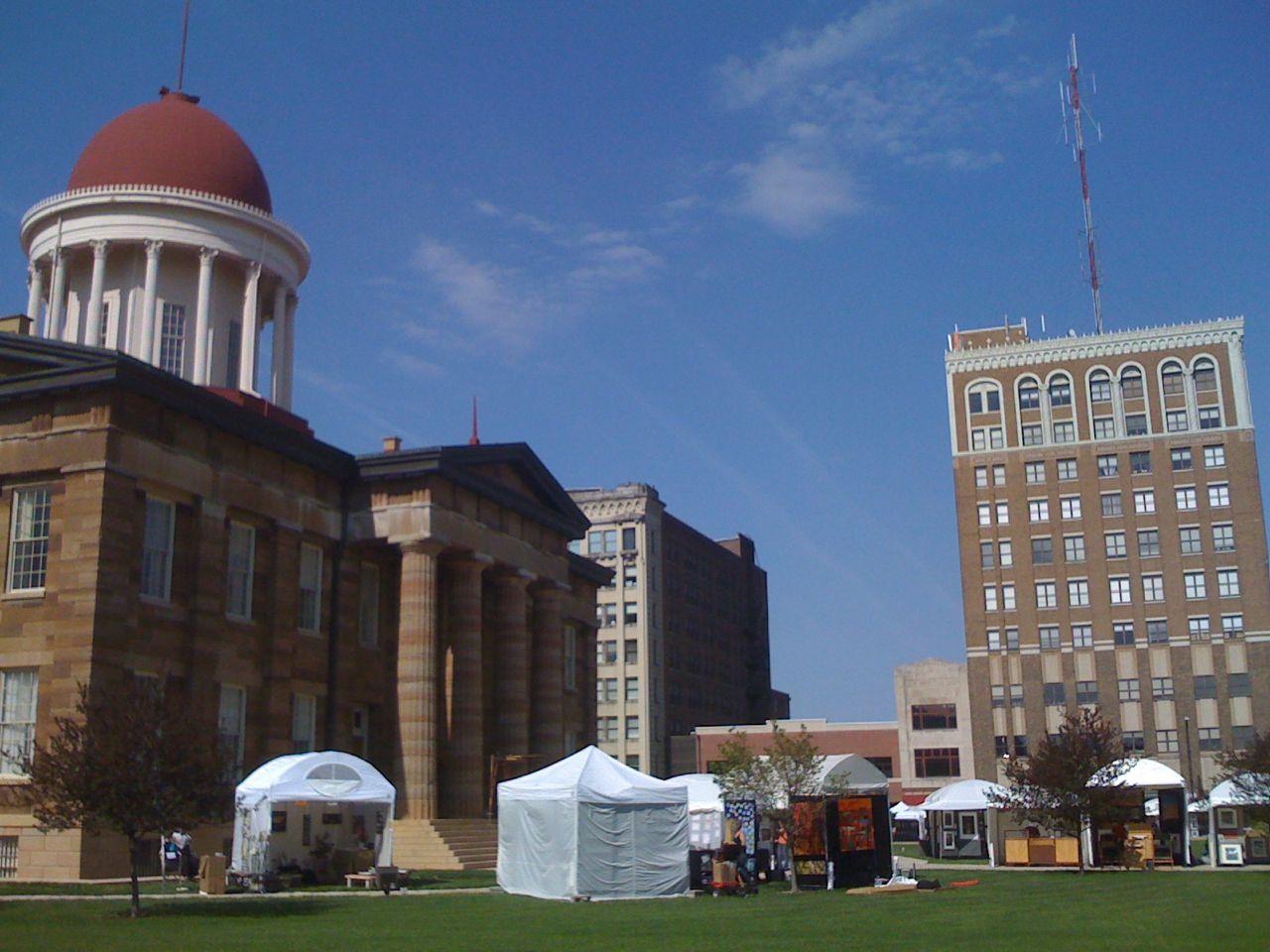 Here’s a capsule review of a lovely local show in Springfield, IL. Held the third weekend in May, it features the Old Capitol building in downtown Springfield as its centerpiece.

It’s a nice local show, one of only a couple in the Springfield area, so it gets good community support. But people in Springfield are fairly conservative, and they consider their art purchases carefully. The grounds of the Old Capitol are lovely. The show is situated on the lawn surrounding the Old Capitol, and on two of the streets bordering the building. The street locations are busier, and the Capitol has a fence around it, with entrances only at the points of the compass, which restricts traffic a bit. That said, most visitors make the rounds before coming back to purchase.

The childrens tent takes up to 100 items from each artist and suggests listing the retail price at $4-6. Although this sounds incredibly inexpensive, even 100 prints at $5 each can add up. And the kids love it. No adults allowed, just kids chaperoned by volunteers. Often the children will bring their parents by the artist booth to meet the real artist, and that can also result in a sale.

The street locations are set up back to back. They used to have a big tent, like Brookside, but gave that up a couple years ago. Load-in is chaotic, and disorganized. Often there is nowhere to park, and you can’t get a large vehicle into the show to unload because other artists have parked willy nilly. After work Friday night, or really early on Saturday morning are your best bets. Load out is easier.

I’ve had locations on the rotunda lawn both times I did it, and had a good show the first year. The second year, there were three photographers next to each other, all with double booths. I was on the approach path, but images displayed on the neighbor’s booth diverted a lot of my traffic. It was poor planning on the part of the show committee. The upside is that there is lots of room behind the booths on the lawn for storage, chairs, what have you. The street locations get more traffic, but are backed up to each other. Some booths get stuck under the roof overhang of the north side retail area — they are probably the least desirable of all the spots. 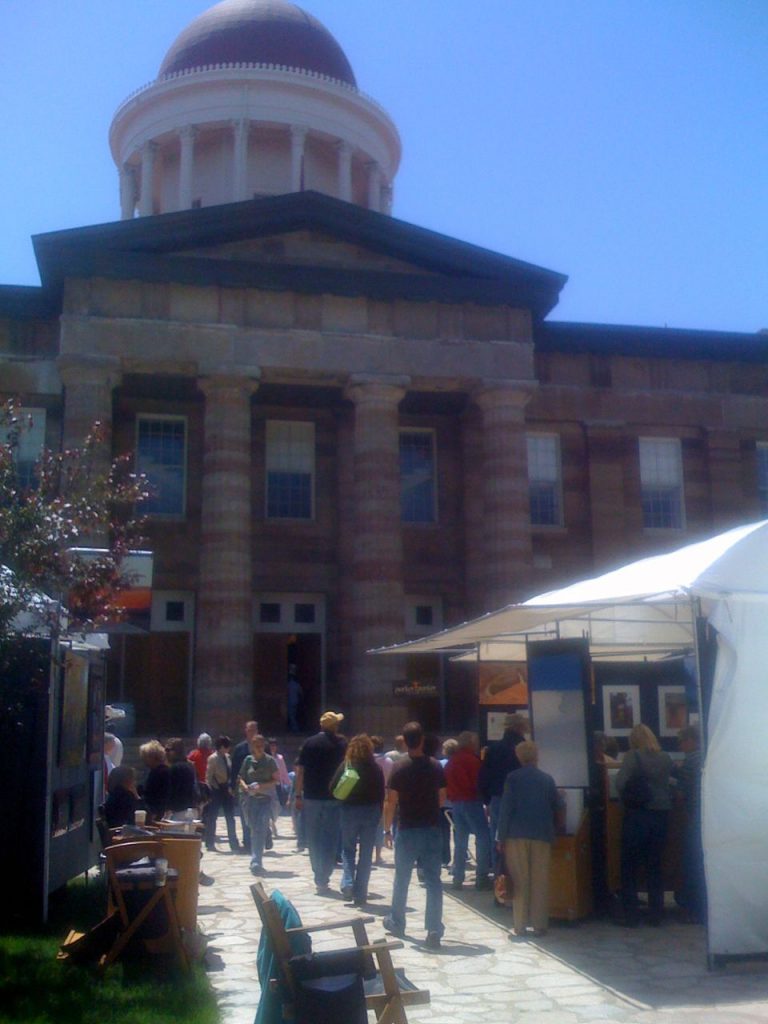 Entrance to the Old Capitol

All in all, a nice show, and one that I keep on my short list. We have friends in Springfield, who we like to visit, and so I try to get back every few years. There are quite a few shows that same weekend, including Broad Ripple & ArtBirmingham and others, so sometimes it’s an embarrassment of riches, and one has to pick and choose.