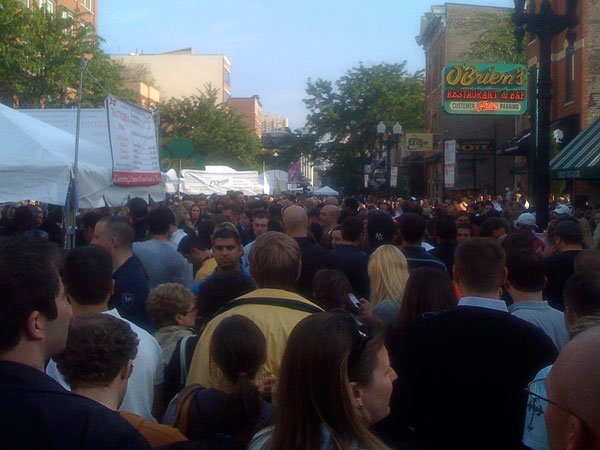 It’s the second week in June and the weather was absolutely frightening here in southeastern Michigan over the weekend. Tornadoes to the south in Dundee and Toledo sent many scurrying for shelter. I was very happy not to be at a show last weekend, and my heart goes out to all those folks who have been displaced, injured or worse.

Next weekend is the giant two-day affair in Chicago. The upscale Old Town Art Fair is joined by the scrappy Wells Street Art Festival for some great art, hot music, beer in the streets and a rollicking good time. I’ll be displaying some black and white work as well as some favorite landscape images from my Western collection, so drop by and see what’s new! I’ll be in the Wells Street show, on the west side of Wells, booth 52-54. Big booth, lots of work, the show runs from 10AM-dusk on Saturday, and 10AM- dusk on Sunday. Long, grueling hours, with a brutal load-in early Saturday morning. We’ll be there, so you be there too!

At the end of June, I head down to Toledo, to the laid-back Crosby Festival of the Arts at the Toledo Botanical Garden. This is a show I’ve done for a few years now, and it’s a nice affair with about 250 artists under the trees along the paths of the park. I’ll have a double booth there, too, same as always, towards the back. Looking forward to visiting with old friends and meeting new ones. Find me in Booth 126-127.

In between, I’ve been working on developing some new work, managing some home improvement projects, and generally laying back. I’m getting a bit antsy to be traveling west again, to be honest, but there’s a lot to be done on the homefront. In July, we’ve got the massive Ann Arbor shows to prepare for, so I may not get the opportunity to stray far from home for a while.