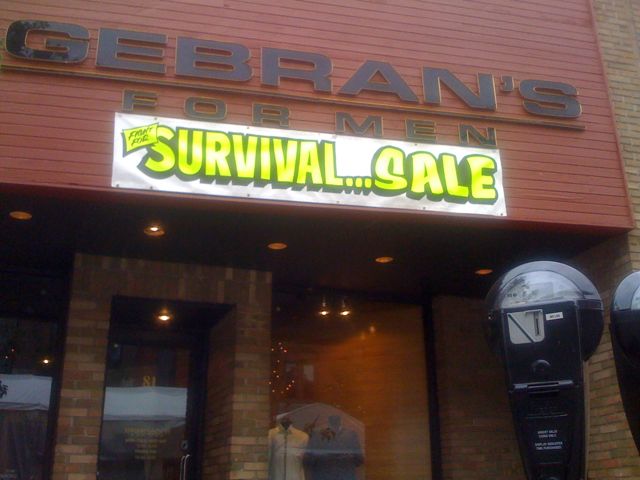 Mt. Clemens is a pleasant community on the northeast side of the metropolitan Detroit community. When this show came up on Zapplication earlier this year, I thought to myself: what a nice way to introduce my work to new viewers. Cause I hadn’t ever been to Mt. Clemens, or done any shows on this side of town, I thought it might be a good way to get acquainted. Plus the booth fee was absurdly inexpensive for a Zapp show ($250 for a double booth, $25 for electricity). First clue.

The show is run by Dr. Jennifer Callans, the director of the Anton Art Center. The Art Center runs many outreach programs, a gallery and has taken over this show, originally part of the July Fourth “Stars & Stripes” celebration. I saw this as a good thing, as the “Stars & Stripes” crowd comes for the beer, the music and the fireworks. The Art Center moved the date to the beginning of June, so as not to conflict with the big party.

Load-in was a bit confusing, as the directions furnished in the mailed packet told us to go to a specific intersection. When we got there Friday morning, there was no show in sight, no volunteers, no tent, no table. Hmmm. We called the number listed in the packet, and got the right directions. After pulling the Artanic close to the booth, we had an easy time of unloading and getting set up. We had about four hours before the Friday night “preview” and although that is tight for us with a double, we managed to get it done, lights on, by the time people started drifting in.

Crowds were enthusiastic about the work, if a bit light. Mt. Clemens is not known as an art community, but there were knowledgeable people in our booth most of the weekend. I did answer a lot of the standard questions, and did have many interesting conversations about my work in the Southwest and life as a photographer on the road. Judging for awards was Friday afternoon, right after setup, and by 7PM that evening, Dr. Callan and an assistant had dropped by to let me know that I took third place in the show. Woot! They even had a list of the winners printed out. Very efficient. 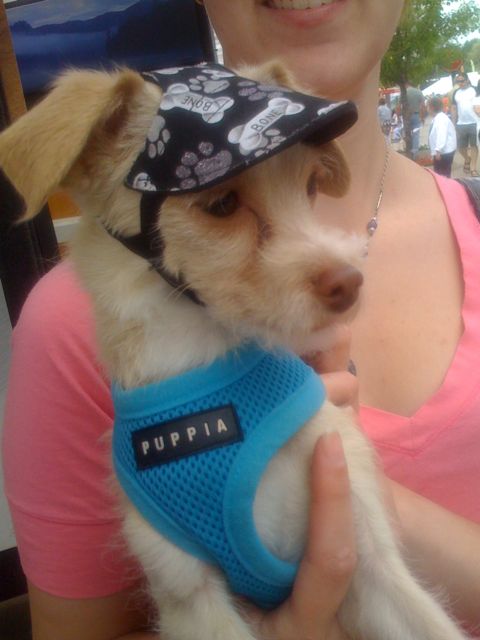 Must be the day for dressed up critters!

Saturday was a gorgeous day, but cool. We entertained folks all day, and made a few sales. The economy in Detroit is miserable, to say the least, and Macomb County is one of the hardest hit by the downturn. Still, people stopped in. Crowds were light, but steady most of the afternoon but really tapered off by about 6PM. The hours of the show were a bit long for the venue: Friday preview 3PM-9PM, Saturday 11AM-8PM and Sunday 12N-6PM. Sunday was much the same, but by 4 almost everyone who had wanted to come had come and gone. You could have shot a cannon down the street and hit no one. The artists all stood around chatting with each other, and we got to know each other pretty well. If you’re slow enough to chat, the show is too slow! We made friends with our show neighbor, Tracy, and saw old friend Janey and Lee Short, from Forever Young folk art. Also talked to some of the other photographers, including newcomer Brian Kainulainen, from Scottville MI, who has some great lighthouse and abstract images.

There was also an alternative craft tent, with some nice ceramics and block prints, fabric artists, and a soap guy who made high quality organic soaps. A good selection of musical acts, food vendors and a kids parade rounded out the activities. It’s a shame that downtown Mt. Clemens is in such sad shape — most of the retail businesses are restaurants, not shops. We talked to Peter Gebran, who owns the mens clothing store on Macomb St. Peter was a hoot, and entertained us for quite a well with his stories. His “Survival Sale” speaks to us all.

We didn’t attend the breakfast on Sunday, but were told that it was tasty, and had a full spread. Lots of dogs and kids. The Mt. Clemens police made a show of force on Saturday, with mounted policemen, ATVs and beat cops. One of the horses left a present for the crowd near the fountain. I avoided stepping in that. All in all, it’s a fairly well run show, with lots of pleasant volunteers. I give it four stars for effort, two stars for sales.

← Previous Link: You have a Facebook page. So now what? Next Link: Boxes, bins and rolling stock →