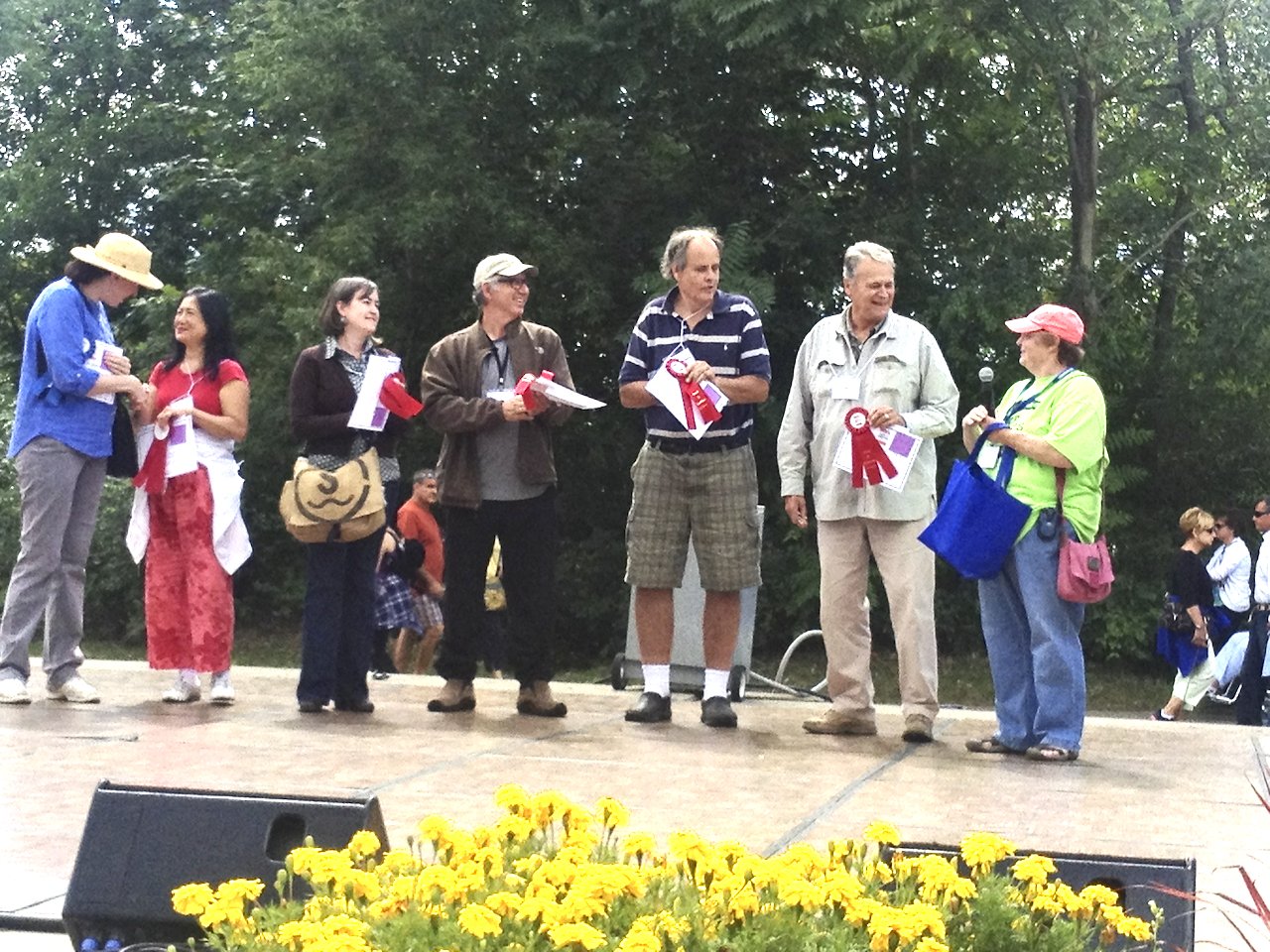 Art & Apples, Rochester’s annual community shindig in the park, was a delightful departure from years past. The show, while still too big and suffering from layout problems, enjoyed mostly good weather this year, and a crowd that was engaged with the artists. Unlike many shows this year, people were carrying out art by the bagful. Don’t know what happened, but almost every artist I talked to had a good or better show.

One of the nice things about A&A is that you can setup either Thursday or Friday morning, which eases the pain of getting into the park. There are only a couple of entrances and the paths are winding and tough to navigate with a large vehicle like the Artanic. Karyn and I set up Thursday afternoon and had no problems getting to our booth spot and unloading. We were able to leave the trailer in place until we were done.

The Friday night preview is still a waste of time for most artists.The show opens at 4 and runs until 7:30, and a few folks wander through to see what’s new, but it doesn’t seem as if there is a lot of interest. Saturday was bright and sunny in comparison to Friday’s cloudy evening, and brought many lookers and buyers to the park. Compliments to Karen Cuthbertson and her army of volunteers from the Paint Creek Center for the Arts for keeping the show organized! Booth sitters (called “ambassadors” by PCCA) stopped by every couple of hours to see if the artists needed a break, and were friendly and helpful in general. Sunday it rained overnight, and Sunday morning’s 9AM start saw light rain and nobody except the artists in residence. Some artists didn’t bother to open until the rain passed at about 10:30. And then Sunday’s weather was perfect, sunny and cool in the afternoon.

But the best news, as far as I’m concerned, was that I took the Award of Excellence in Photography! It’s nice to be recognized in your hometown. I felt honored, especially since I displayed two different bodies of work in a double booth — a bit risky usually. I had my usual panoramas and Western landscapes, but I also showed some of the work from the “Disappearing Agrarian Landscape” exhibit in June. The images were well received, and I spoke to many people about that work. The images “Often, the Distance” and “Field Day” both got a lot of attention, and “Who Me?” got a lot of laughs.

For most patrons, it was a perfect weekend for an art show. The weather was pleasant — cool and sunny; the pie was tasty; and the art was interesting. A few things that PCCA could do to improve the show: work on the layout and eliminate some of the obvious buy/sell vendors; better parking signage (one artist was confused about what was a road and what was a sidewalk out of the park!), and a revised schedule. Friday night seems to be a waste of time for most people, but it does allow for more relaxed load-in. Sunday’s 9-4 hours would work better if they were changed to 10-5. Many folks were still wandering the park, and the volunteers at the gate were informing them that the show was open until 5, while all of the artists were told the show closed at 4, and started breaking down the booths. But all in all, it was a better Art & Apples than it has been the past couple of years. Great weather, good quality art, and lots of art going to new homes!