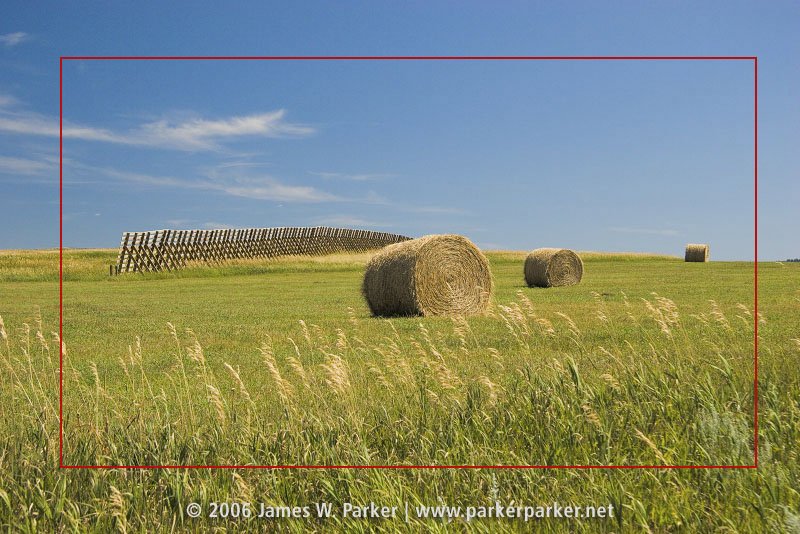 In my earlier post on gallery wrapping canvas prints, I describe how to stretch the print on the stretcher bars. But how do you get maximum image impact out of an image that doesn’t really have enough image to wrap around the edges of the frame?

There are two ways to handle this. The first is to use non-critical parts of the image and just wrap the entire image around the stretcher. If you’ve planned for a wrap during shooting, this will work fine. Remember, the thickness of the stretchers doesn’t change, so the smaller the print, the more image you will lose to the sides of the wrap. If you only print one size wrap, this isn’t usually an issue. The red line shows how much of the example image will be lost to the edges in a typical 20×30″ wrap.

But if you don’t have enough spare image to wrap, what do you do? Two options here. Both entail increasing your image background size by 2x the width of your stretcher frames, plus a little to allow for stapling in the back. For a 20″ x 30′ wrap, this means an overall image of 24 x 34 — 1.5″ of border on each side and about .5″ to staple in back for each edge. This is the max size you can make with a 24″ printer.

The simplest way to add image is to float your image over a color background — black is used quite often. In this image, I experimented with a green to match the hayfield. In practice though, it’s tough to get the border lined up with the stretcher exactly, and sometimes the image wraps a little over the edge, and sometimes it gets crooked, and generally it just leads to frustration. 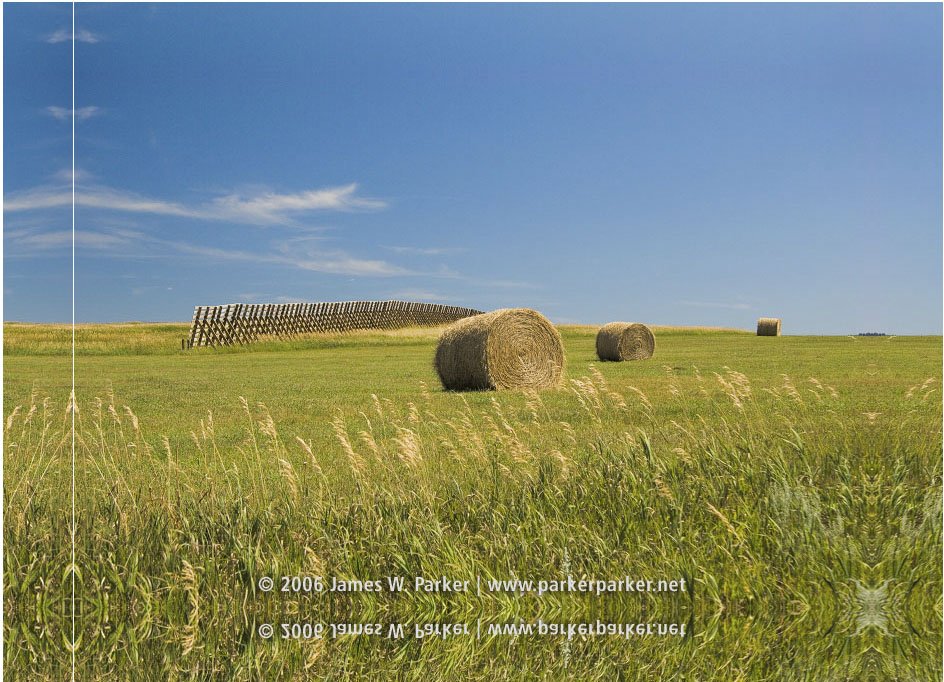 The other method is to add image to your existing image. Cloning the sides, top and bottom is the least noticeable way to do this, although stretching will sometimes work, or even painting new material. It will depend on what your image looks like. Architectural elements will be more obvious than organic ones — the more straight lines you have, the more obvious. Note the obvious clone lines — left in here for illustration purposes.

Here’s another example of how to accomplish the same goal. Paul also includes some actions that will automate the procedure.

How to get 17" Epson printers to feed smaller paper stock If you have one of Epson's newer 17" printers, you may have...