One of the best-run shows in the country 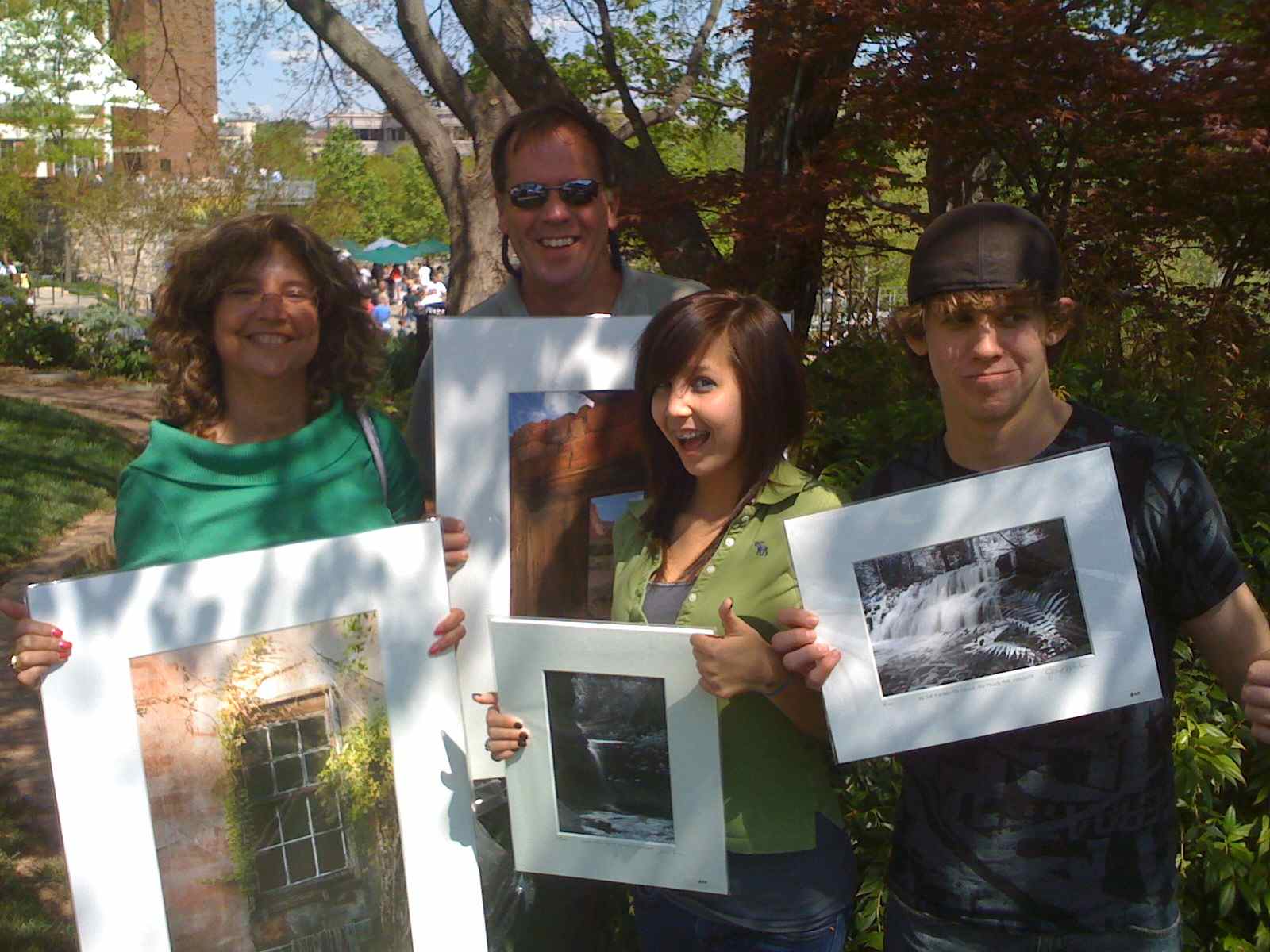 After coming off of the zoo that is Tucson, and the large show in Tempe, I had a week off to replace work and check the equipment over, and just generally get some rest. I did stop in Las Cruces NM on the way home and visit with my mother’s sister, which was nice. I had the opportunity to shoot some photographs in White Sands National Monument, which is an incredibly serene location. 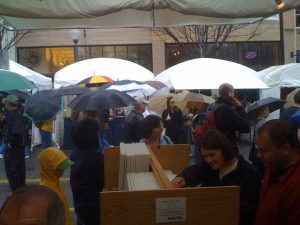 Artisphere in the rain

A few days of rest, and I was back on the road, on the way to Greenville, South Carolina, for Artisphere. I can’t say enough good things about this show. It is extremely well run, the organizers are actually organized, the patrons are knowledgeable, the set-up and load-out are pain-free, there’s free food (not just coffee and snacks, but three full squares, every day!), a VIP party BEFORE setup day which I think is second to none, and cheap electricity for those who needed it. The show is set on Main Street, next to beautifully restored Falls Park on the Reedy. Street performers, musicians and others strolled the streets providing low key entertainment, and two entertainment stages provided a good musical backdrop. The weather was perfect for setup Friday morning, and for the Friday night preview. Okay, it did rain on Saturday, not a heavy downpour, but a pretty steady drizzle until about 2 o’clock. And can you believe it? Patrons would stop in the booth and apologize for their crappy weather, saying, “It’s usually nicer than this. We hope you come back next year to see.” Sunday the weather was great, and work started flying out of the booth.

All things considered, this is one of the top shows in the country. The quality of the work is very high. There are only 100 artists juried in, and this makes for a very nice, intimate exhibit, easy for patrons to navigate. No side streets or dead ends. The VIPs and sponsors come early on Friday afternoon, after a leisurely Friday morning setup, and spend some of their sponsorship gift certificates. Friday night is mobbed with the general public, although I’d have to say these folks are mainly looking the show over. Saturday, as I said, was rainy, and sales suffered because of it. But Sunday. Sunday was a gorgeous day, with temps in the mid 70’s. And people came in hordes. It was a fine day for everyone. We made more than one family happy with some new photographs to hang on the wall, and we made a lot of new friends. That said, sales seemed to be down for many. The economy has caused many folks to be more cautious with their discretionary spending, especially with higher ticket items.

People in Greenville are the friendliest folk I’ve ever met at a show. The town crier came by several times, in costume, and asked how we were, and if everything was going well, and if we needed anything. The booth-sitters rotated three times a day, and never failed to come by and introduce themselves and see if we needed a break. The mayor, Knox White, and one of the original organizers of the show, Henry Horowitz, came by each booth and introduced themselves. And the friendliest person of all? Liz Rundorff, the Artists Coordinator, who runs the show wins the prize. She made sure every problem was solved, that every “t” was crossed and every “i” was dotted. She always had a smile, even in the heat of the battle. She made sure that everybody had the correct spot, that they knew where the parking lots were, what time the meals were served, and kept things running smoothly. Thank you Liz!

Now the only bad thing I’ve got to say about Artisphere is that next year artists will have to apply using Zapp. This means that a whole bunch of new artists will apply, and the chances of actually getting in again are going to go down by a factor of, let’s say, 10! For the show, this is a good thing, as they will have lots of great art to choose from to fill their 100 slots. For the artist, though, it means that the opportunity to reconnect with all of their South Carolinian friends will be a bit more chancy. I certainly hope that I’ll be invited back, as this truly is one of the best-run shows in the country.