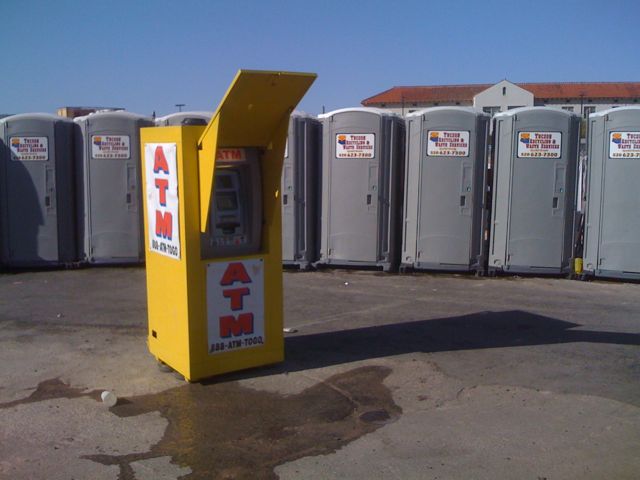 Back again in Michigan.

Greeted by rain, cold and a flurry of snow two Sundays past. Brrr! I’m no sooner home than off again to Greenville, South Carolina, for Artisphere, which promises to be a well-run show with just 100 hand-picked artists. Proud to say I’m hand-picked. I got a call from Liz Rundorrf who is the liaison between the artists and the show last week as I was driving — can’t recall that happening before. She was just checking in to see if I had any questions. Flashback to Tucson… 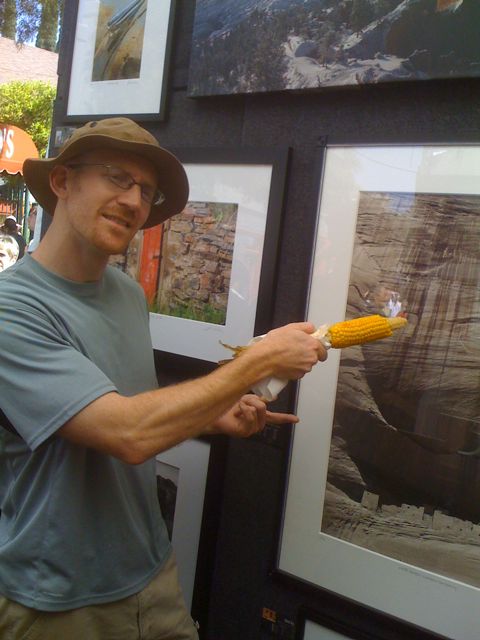 The Tucson show was interesting, to say the least. 400+ artists, artisans, crafters and dealers in junk. The 4th Avenue Street Fair is not billed as an art fair, but as a street fair, and after being in the thick of it for three days, I can see why. It has a huge amount of energy, some good, some not so good. Fourth Avenue is pretty dirty, even for a street. The show is big, too big, maybe, and filled with all sorts of interesting detritus. Toe rings. Dog visors. Lots and lots of street food. Beer. Sausage and turkey legs on a stick. Strolling performers, including the “Stop Abortion Now” sideshow, complete with 3′ x 4′ posters of bloody dead fetuses on a stick. (The posters, not the babies). The fine artists are buried beneath the rubble of this street circus — maybe two, maybe three dozen of us.

We stick out like a sore thumb. Sitting in the shade, or hiding in our booths, we peer out, waiting for the constant tide of humanity streaming past to notice our work. 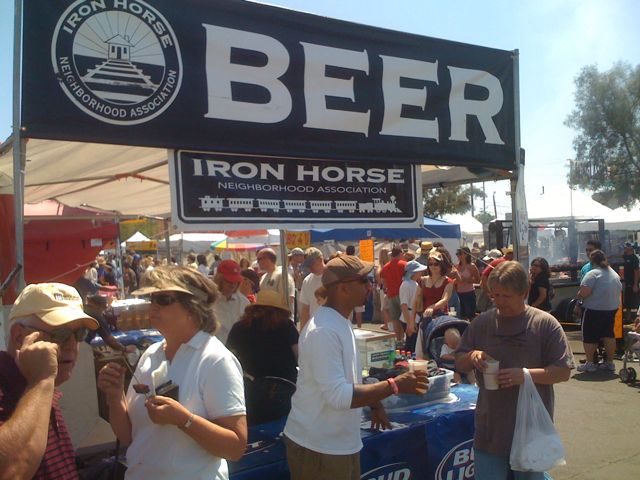 Maybe I’m in the wrong business… beer seemed to be selling quite well.

A few do. Conversations ensue. A few pieces are sold. Beer is a hot ticket on this lovely day. My neighbor to the left is a lovely watercolorist who was at the Tempe show the week prior. There, she had one of her best shows ever. Today, she’s having trouble getting people to even stop for a minute to thoughtfully consider her work. The jewelers on t’other side are doing okay with their beautiful Native American pieces. Other artists up and down the street roll their eyes. “How did we end up here?” the expressions seem to say. The decorated switch plates and the coke tab jewelry seems to be selling quite briskly. Our friend Dave Piper is here, and he stops by our booth two or three times a day to crack jokes. Even Dave isn’t selling as many sandals as he normally does. 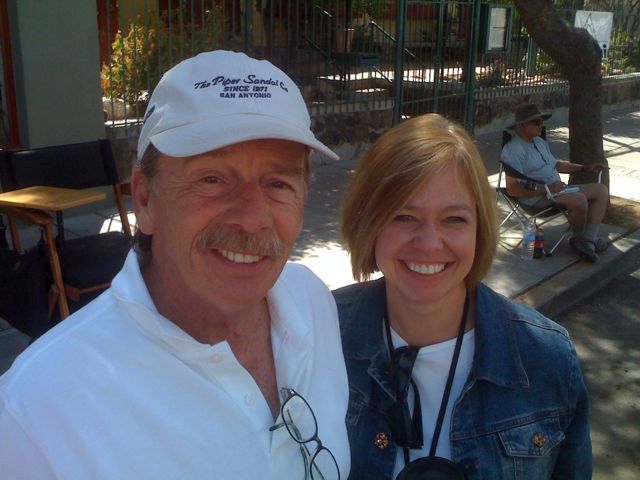 For me, it was another show to help defray the cost of the gas to get to Arizona. Two shows are always better than one. Or so goes my reasoning.

And in the end, the carnival atmosphere brings a few customers into the cool shade of my canopy. We have the opportunity to meet a distant cousin for dinner on Saturday night, as well as break bread with Karyn’s cousin, Linda, who is down from Scottsdale with Uncle Bob, to see the giant rose in Tombstone, and to visit us at the show. And the show is fun, in an odd sort of way. Many many people enjoy this show, but mainly for the carnival atmosphere, the food, the music that is constantly blaring. When the show is over, everything is filthy dirty from the mesquite barbeque smoke, the tobacco users and the grime on the asphalt. We dolly out, as there was no way we can get the trailer onto 4th Avenue. We found a spot on the street a block away, and it isn’t too bad, actually. I don’t suffer too much withdrawal as I drive away from Tucson towards Las Cruces, and I’m actually able to deposit a small sum into my happiness account.

← Previous Link: A comment on failure and ethics Next Link: One of the best-run shows in the country →