Hard at work in the Southwest 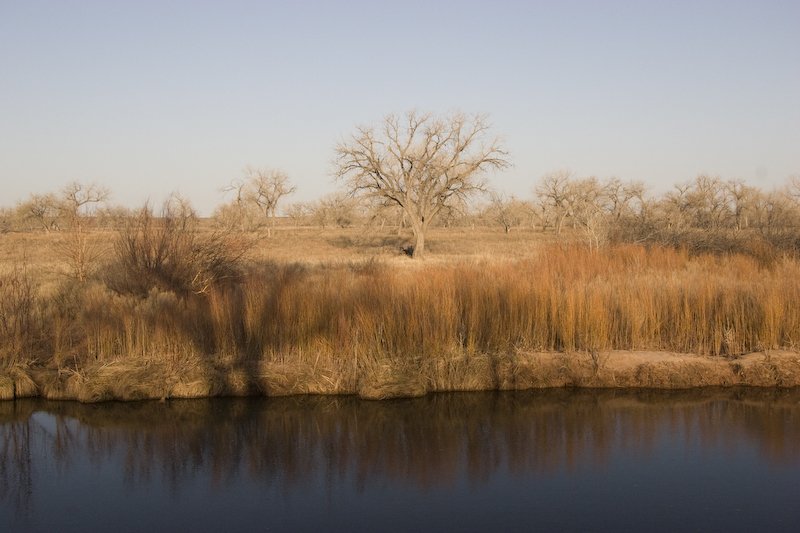 I wish I could think of a more interesting headline, but the real news is that I’ve been working my tail off in Arizona. Let me backtrack a little and bring you up to speed.

I left Michigan to do a couple of shows in Arizona around March 15 — traveling through the big floods in Missouri and having to detour once in the middle of the night. That was amusing, driving the 21′ trailer around the twisty back roads in the Ozarks. The local gendarmes had posted cars at each major intersection with flares and flagmen, so it was tough to get lost. Good thing too, cause it was pitch black. I-40 was closed to all passenger vehicles for a stretch of perhaps 20 miles. 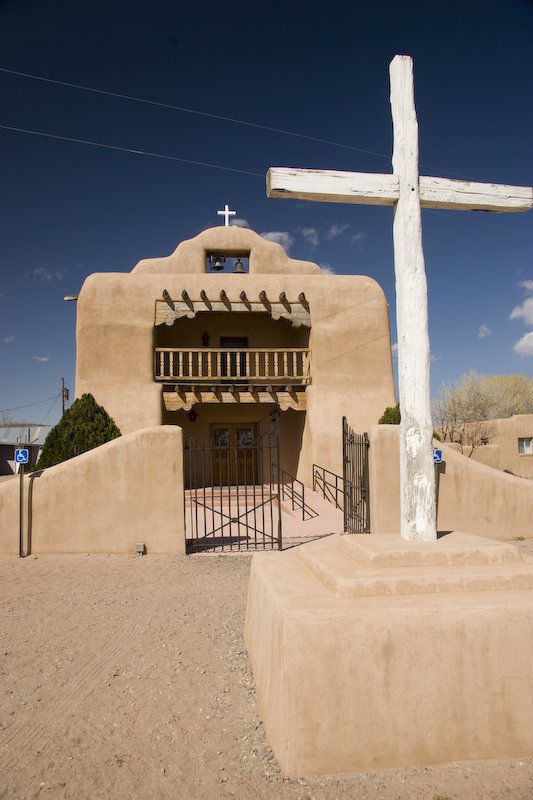 In New Mexico, I was able to visit Bosque Redondo, near Fort Sumner. A sense of quiet still surrounds the Pecos River where the Navajos were interned after the Long Walk. A new memorial has been erected, and I spent some time talking with some very friendly helpful rangers about the exhibits and the history behind them. I walked around the grounds, and down by the river, where it still looks much like it must have looked 150 years ago.

Stopped in Albuquerque for a few days, and spent some quality time with my old friend Hugh Lambert. Hugh and I worked together years ago — he is still one of the most vital, interesting, inquistive curmudgeons that I know. He has seen the advertising world go from pastels to Flomaster to markers to computers. He apprenticed with Haddon Sundblom — the illustrator who drew all those old Coca-Cola Santa Clauses. But I digress.

Hugh and I spent some time driving around the desert. We located an old ghost town, the town of Hagan, which was down a dry wash about 1o miles. Many of the buildings had disintegrated, but the foundation of the mill and the power plant are still evident. The mine was on a rail spur, and later reading revealed that it existed to service a coal vein down the wash a bit. We did not locate the mine itself, but spent some time photographing the ruins of the town. 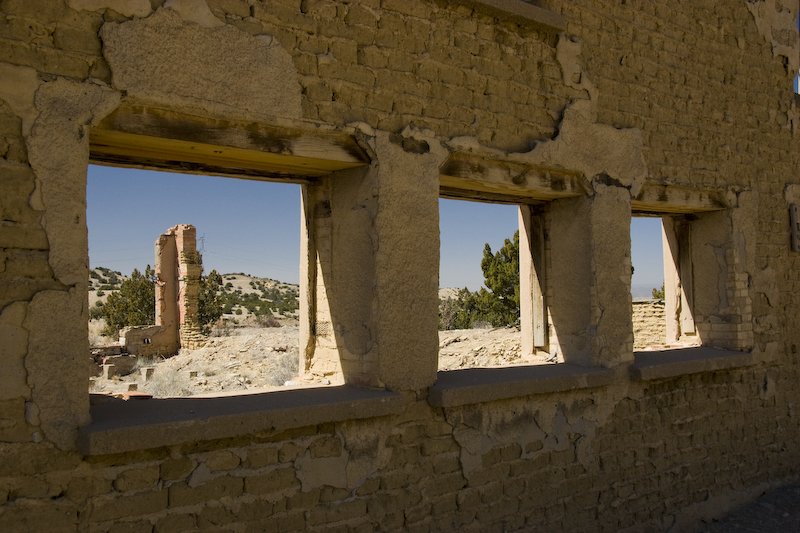 Blank windows in the mill at Hagan, New Mexico

On Easter, I spent the day up near Abiquiu, once the home of Georgia O’Keeffe, the famous American painter. The old town is half falling down, but the church in the main square there is magnificent. Many homes in the Chama valley attest to the fact that new money from the city has moved in and the ranches in the area seem prosperous. At Bodies General Store, a woman working there told me that it had been a long, cold winter. From Abiquiu, I headed through Bandelier and over the Jemez mountains — exploratory journeys, as the light was too low to make good photographs. Another time, perhaps.

Hugh and I also drove out to Acoma, an inhabited pueblo west of Albuquerque. The Acoma indians still inhabit this mesa, 300′ above the desert, and have built a very interesting museum and visitor center to welcome those interested in the culture. Douglas Preston visited the pueblo in his book Talking to the Ground, recommended reading for those of you interested in the indigenous Southwestern tribes.

After Acoma, I drove west to Phoenix, for the Tempe Art Festival. All I can say now about this show is that the weather was good, the people friendly, and the location jazzy. I met some interesting folks, some of whom gave me some great tips for photographing the lovely Arizona desert flowers. Thanks, Art! I will post some of those shots in the main galleries when I get back. I hiked and shot some images out in the Superstition Mountains near Apache Junction. Way cool.

I will post formal images from these day trips in my new work gallery when I get a moment. Until then, enjoy this little tease.

← Previous Link: days are longer, spring is sprung Next Link: A comment on failure and ethics →