The Digital Edition — for better or worse 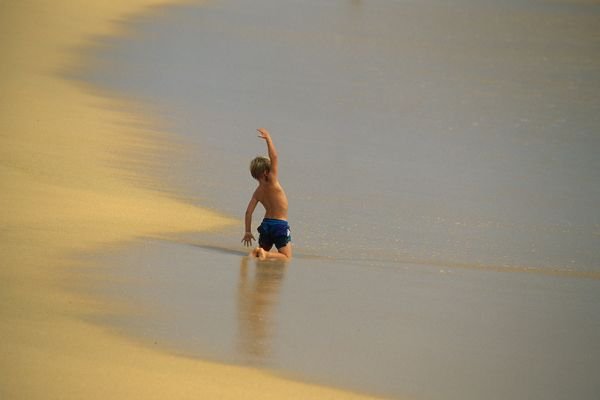 Photographers are married to technology

In the Yahoo Group ArtshowPhoto, the question was raised the other day — how are digital editions different from traditional darkroom prints? The poster said:

…Digital made [photography] harder because now photographers had to learn a new set of tools…it’s like going from tin types to 35-mm processing. Still the same concept but the process changed. On the other hand for those who’ve embraced it, yes, the computer is your darkroom. You can burn, dodge and do all that fixing in Photoshop that you used to do in your darkroom, but the true problem is that you can also save. The true difference between a series of the same photo printed in a darkroom vs that printed in Photoshop is the ones that come out of your Epson printer all look the same. You’ll never burn and dodge exactly the same way twice under an enlarger.

My question is,” Can this be used as a marketing tool?”

Would the public be knowledgeable enough about photography to buy into the idea that someone didn’t save the final files and each print produced is an original version of the same image taken from the ‘original RAW negative file’?

In reality, it’s just the other way around. Depending on the process, a digitally printed edition may vary just as significantly over time as an edition of individually printed darkroom prints. The inksets change, the printers change and the paper changes. Unless all of the editions are printed at the same time, it’s more likely that the prints will change as well.

As a photographer and darkroom technician, some of us are constantly striving to improve upon the subtle nuances of an image through printing changes. Ansel Adams did this with many of his images. “Moon Over Hernandez”, for example. Whether the changes are for the better or worse within any given edition is a moot point, as the edition serves to trace the trajectory of the image’s life through prints.

The first few prints are exploratory in nature, and are usually reserved as proofs. A suitable medium is found — whether it’s watercolor paper and matte ink or N paper and selenium toner — and the prints made from that point forward tend to be similar if not exactly the same. At some point in time, the technology allows for new ideas to be introduced into the printing of the edition, and the prints may diverge. Depending on your COA statement, this may be part of your process in a single edition or another edition may emerge.

And, if you’re honest with your patrons, no, it isn’t all lies. Full disclosure, while not “de rigeur” is certainly best.

Saving isn’t a problem, but a necessity. Typically the original RAW negative file is going to take some sharpening, at the very least, and some major corrections and compositing on the other hand, to get to a final printing master. Most of the time, the public could care less about how you got there. They just want to know enough about the image to know you didn’t steal it off the internet 😉 so that they can validate you as an artist. The people who ask the technical questions are often amateur photographers themselves, and not necessarily buyers. Start talking about f-stop and reciprocity failure and most folks will just smile and glaze over. It’s all about the image, not the process, although the process can be interesting to some people.

Digital also raised the bar in some ways — many people can get in at an entry level much more easily than in the film days, but it takes a serious investment to keep up with the technology as it evolves much more quickly. Cameras, printers and paper all come and go within 18-36 months, leaving the working pro to upgrade to stay current. Unlike the old days, you can’t hold back the wave of technology, but only embrace it.