How to frame a canvas print 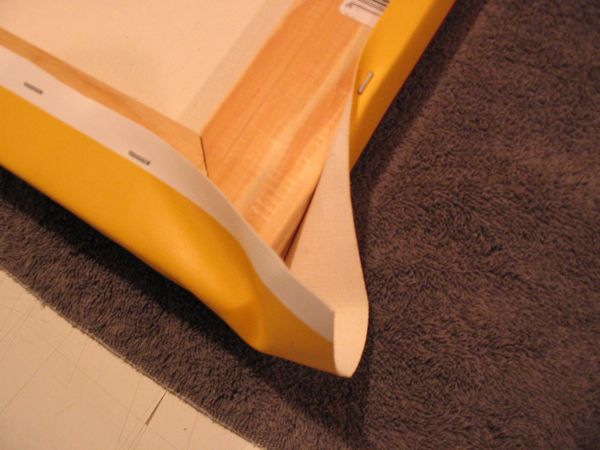 First you need to decide if you are going to put it under glass, or mount it to canvas stretchers. The mounting style will determine your framing options.

Putting canvas under glass sorta negates the advantage of printing on canvas, although I have seen it done. You can then just cement the canvas to a substrate — use Glamour II or Timeless as an archival glue on the back and glue it to a stiff board, like masonite, for example. Wrap the edges around to the back and trim the excess.

Wrapping the canvas around stretchers and then framing the assembly is how most people do it. You can use pre-made stretchers or make them yourself. If the image is small, you can use the lighter weight frames, such as the Fredrix or Dick Blick standard stretchers. For larger images, a “gallery wrap” is common, where the image goes all the way around the sides, and the excess canvas is tacked to the back of the stretcher frame. In either case, the stretchers are sized to the size of your image, and the excess canvas is used to attach the canvas to the stretcher frame. You can use upholstery tacks or a staple gun to attach the canvas. Start at the middle and put a staple on one side, then pull the canvas taut to the other side and attach another staple. Flip the canvas around to check that the image is aligned to the stretcher properly before driving in too many staples or tacks. Then pull an end taut, and put a staple into the middle, repeating the procedure at the other end. Check for alignment again. Then continue stretching and tacking until you get to the corners. Leave a couple of inches for trimming up the corners. 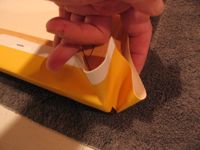 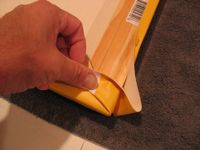 Here’s where it gets tricky. If you are doing a gallery wrap, you’ll need to fold the corners around so that they are neat and clean. Trim the excess canvas so that you have enough to go around the corner and tack to the back of the frame. Fold the short side right up to the corner, and make a 45 degree angle fold with the excess under the edge. Tack it down temporarily. Take the long side which will have quite a bit of excess,  and make an angle fold so that the folded edge lies exactly along the corner of the stretchers. The excess canvas needs to flow carefully under the edge without any ripples or bunching. Tack this down on the back, over the other edge’s fold. If necessary, make an extra fold at the BACK of the canvas to take up the extra fabric and tack it down again.  This is harder to describe than it is to do, and with practice you won’t think twice about it. 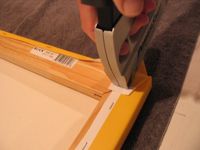 Tacking the canvas on a gallery wrapped canvas print

If you’re not doing a gallery wrap, you can tack the edges of the canvas directly to the edge of the canvas. Trim off the excess at the back of the frame. Corners are less finicky with this method, but you will have to use a framing method that covers the tacks or staples.  Just fold the corners under and overlap one to the other, and tack down. You may need to trim first.

Once you have a stretcher, there are couple of ways to frame it without glass. Canvas “floater” frames surround the edges but don’t cover the top of the stretched canvas. Typically a floater attaches to the stretchers by drilling through the bottom of the frame and putting a few screws into the back of the stretchers. Regular canvas frames have a lip just like a normal picture frame, and are available in both wood and metal versions. Canvas frames will enclose the print in much the same way normal picture frames do.

You can also get a linen liner that extends the the frame size and puts a canvas wrapped “mini-frame” between the canvas image and the frame itself. These liners may come in various widths and typically have a slight slant inwards, to accentuate the image. Liners are usually either white or natural colored, just like canvas.

When you order the frame, be sure to accommodate for the extra little bit of width that the gallery wrap and/or staples will make to the size of the stretched assembly. It will be between and 1/8″ and 1/4″ longer, and not necessarily the same on both sides, so measure carefully. Some frameshops build this into their frames, so you might want to ask first.

← Previous Link: Building Blocks Next Link: What Art Shows Should I Do? →