Is it Art or is it Fine Art? 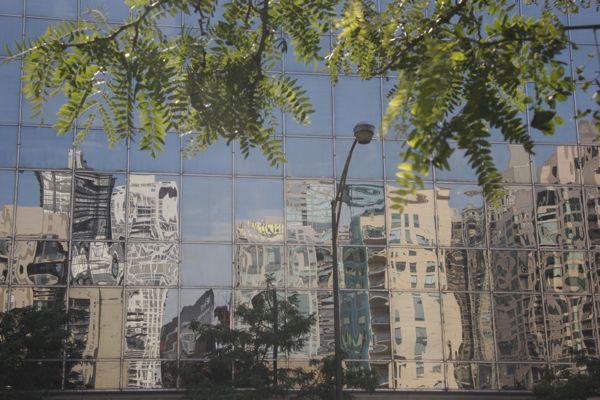 The question has been raised…

… what separates a photograph from being labeled “fine art” and one from just the regular “photograph” label?

IMHO, “fine art” has just become an overused label that people apply to just about everything, hence downgrading the meaning of the term. A photograph is a photograph whether or not you regard it as a “fine” photograph or merely an “okay” photograph. As for the “art” part, that is mostly in the eye of the beholder. One man’s ceiling is another man’s floor, as Rhymin’ Simon used to say. I’ve seen the term applied to velvet paintings sold out of the back of a van along the highway, so I choose not to use it, letting the viewer apply whatever label they feel is appropriate. If they see a couch where I photographed a sofa, that’s their prerogative.

If the viewer thinks it’s art, then it is, for that viewer. Another viewer may think it’s junk. Take Jackson Pollock for example. Was he gaming the system, or creating fine art? For me, if a viewer becomes a customer because they think a piece will look good on the wall, then it must be art. And if it’s fine enough for them to plunk down their hard-earned cash, then that’s fine enough for me.

Art is very subjective. Whether or not a specific piece is perceived as art has mainly to do with perceived talent. The more unique and individual the viewpoint expressed in the piece, the more likely it is to be perceived as “art”, since it obviously took talent to create it. Since most people don’t have that kind of talent, it must have been created by an artist. Ergo, the more unique the piece, the more talent. Certain types of work lend themselves to this perception more readily — things that ordinary folks who are not artist can’t create, like ceramics, or large super realistic oil paintings or pastel drawings, to cite just a few examples. Since it takes skill to create this perception, is the real art in the creation of the piece, or in the ability to market the piece?

Unfortunately, photographs are easy for average humans to create nowadays. Does that make them less “artful”? Perhaps — if the image in question is a picture of Yosemite taken from a roadside viewpoint, amid the throngs of tourists. And even so, there is a bit of challenge in making a photograph and not just taking a picture under such conditions. It can be done, sometimes with skill, sometimes with parlor trickery. And it is that skill which defines photography as art.

This is a rhetorical question for art show photographers, since what matters to most of us is not becoming famous or getting rich, but making a living. The first two, if they happen (rarely), are a bonus. If customer perception of the work as “fine art” will help achieve those goals, great. And so, artists in general apply the label “fine art” as a marketing term, nothing more, hoping that the label alone will sell the work.

← Previous Link: Art shows and the state of the art Next Link: Building Blocks →